Philadelphia Flyers odds to win anything in the National Hockey League (NHL) has not been good at all in recent years. In the last seven or so seasons, the team has alternated between not making the playoffs and getting knocked out in the first round. Fans of the team are hoping that the addition of coach Alain Vigneault will lead to some better outcomes for upcoming seasons but that really remains to be seen. The team really seems to be at a crossroads which could see them either fall into negative spell or come out as a real challenger for the Stanley Cup.

The Philadelphia Flyers odds to win the NHL Stanley Cup have not been high in recent seasons. Following the team’s bad start to the season, their odds did drop but they have picked up slightly. The team seems to be a bit shaky with relatively long win and loss streaks. Due to this, they would be a bit of a gamble for a playoff position.

With regards to actually winning the Stanley Cup, the team hasn’t been in good playoff form for a while. Although teams can break a decades-long playoffs absence with a Cup win, we do not think that the Flyers are in form to this at the moment. If you are keen on placing your money on them to win the Cup at top US sports betting sites, we recommend waiting at least until they’ve made the playoffs. Given their current track record, they’re sure to still have profitable odds then. 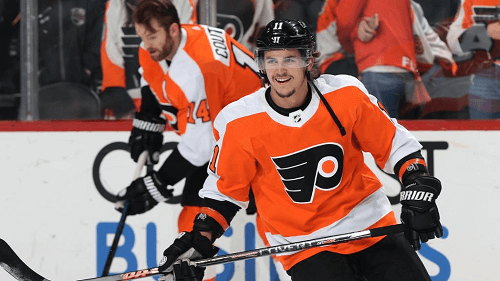 The Philadelphia Flyers were formed in 1967 and quickly adapted to the demands of the NHL. They made the playoffs in most of their first six seasons, finally winning the Stanley Cup in 1974 and 1975 and making it to the final again in 1976.

They would make it to the playoffs every year after that until making it to the Stanley Cup again in 1980 where they would suffer a loss. This would be followed with two more failed Stanley Cup appearances in 1985 and 1987. Their appearance in the Conference finals in 1989 would mark the beginning of a five-year playoff drought.

The team returned to form in the 1994-95 season, which would see them make it to the Eastern Conference finals again in that same year. This would be followed by a Stanley Cup appearance in 1997. They would make it to the playoffs every year after this until the lockout. Following the lockout, the team would have two questionable seasons, before contending for the Stanley Cup again, making the finals in 2010 but losing out to the Chicago Blackhawks.

Following this appearance, the best the team has been able to do is make it to the second round of the playoffs. In more recent years, they have struggled to qualify at all.

Before making any future bets on the Philadelphia Flyers, make sure to have a good look at the following stats and facts. Some may change your mind about your decision: