San Jose Sharks odds have always been pretty favorable. The team has seemed like it is going to win the Stanley Cup most years since the turn of the millennium but is the only California-based team that has yet to do so. This season, the story seems to be a little different with the team on a bad streak and with very questionable odds of making the playoffs by the end of the regular season if their current form persists.

If you want to learn more about betting on the Golden State’s unluckiest hockey team, then make sure to read on down below. In our ultimate team guide, we take a look at the Shark’s odds of winning the Stanley Cup this season, their overall performance history as well as some quick performance stats. In addition to all this, we also provide US bettors with the best online gambling sites so as to get the best lines when they place their bets. So, what are you waiting for?

These sports betting sites are sure to give you some of the best odds on San Jose Sharks matchups as well as any other NHL games for that matter.

The San Jose Sharks really aren’t having the best NHL season. They are at the wrong end of the standings in both their division and conference and do not seem to be improving in any shape or form. We think that this may be the beginning of a negative run for the team, or at least a single bad season. So, we wouldn’t recommend betting on the Sharks to make the playoffs or Stanley Cup.

If you are not convinced by us and still want to place a future on the Sharks, we suggest waiting a while to see if the team picks up their form. It is true that they are not out of the running yet but it will be very difficult to turn it around at this point, especially as that the season is entering its second half. Rather be cautious than needlessly waste money on a bad bet. 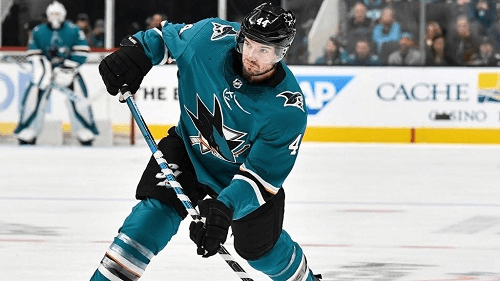 The San Jose Sharks were formed in 1991. Although the team initially struggled upon joining the league, they quickly found their place and begun making the playoffs on a regular basis. (In fact, in the team’s near thirty-year history, they have only failed to make the playoffs on six occasions.)

Although the team regularly made it to the playoffs in their first decade of existence, they made thy only saw real success in the 2003-04 when they made the Western Conference Finals for the first time. The game saw the Calgary Flames beat the Sharks 2-4 to progress to the Stanley Cup finals.

Following the 2004-05 lockout, the Sharks really picked up their game and many thought that they were en route to their first ever Stanley Cup win. Between 2008 and 2011, the team won four Pacific Division in a row. In this period, they made it to the Conference finals on two consecutive occasions. Unfortunately, the good form never really translated into any big wins.

The team wouldn’t really do all that well again until the 2015-16 season where they made it to the Stanley Cup finals but lost out to the Pittsburgh Penguins. The team made it to the Conference finals in the 2018-19 season but came up short again. The Sharks are still hunting for that first Stanley Cup victory.

Before placing a bet on the San Jose Sharks, you may want to have a look at some of the following facts and stats: