St. Louis Blues odds have been quite profitable for avid National Hockey League (NHL) bettors in recent years. The team won the Stanley Cup in 2019 for the first time in their history and seem to be on track to have a good follow-up season. The future does certainly look bright for this former struggling team and US bettors would be to try and capitalize it provided that they actually follow through on their performances and don’t return to choking division championship specialists.

If you would like to learn more about betting on the St. Louis Blues in the United States, make sure to read on down below. In our ultimate team guide, we have a look at the Blues odds to make playoffs and the Stanley Cup as well as their overall performance history. We also provide bettors with some of the best online gambling sites to place hockey bets. So, what are you waiting for?

The St. Louis Blues are coming off their first-ever NHL Stanley Cup victory and, so far, have been living up to their role as champions. At this point in the season, they seem prime to potentially win their division if the Colorado Avalanche have nothing to say about it, and thus also on track to at the very least make it to the playoffs.

With regards to making it to the Stanley Cup, it is complete possible that the team could it. The last team to do so were the Pittsburgh Penguins in the 2016 and 2017 seasons. At the time of writing, they are atop the Western Conference table and second overall, so theoretically it seems that they should make it all the way.

We wouldn’t be too wary of placing a future on the St. Louis Blues. Although there is no such thing as a safe future bet at US sports betting sites, the team seems like one of the safest possible options at the point, in addition to the Washington Capitals, who may very well be their opponent.

The St. Louis Blues were formed in 1967 and joined the league in that same season. Upon joining, they hit the ground running, making it to the NHL Stanley Cup finals three years in a row but losing each and every time (twice to the Canadiens and once to the Bruins). Following their defeat in 1970, it would be another 49 years before they would make it to the finals again.

Entering the new millennium, the Blues did see a dip in form, going through a six-year period in which they only managed to progress to the playoffs on one occasion. Following this, they did pick up again, making it to the playoffs in six straight seasons, which culminated in their Western Conference finals appearance in the 2015-16 season in which they were unsuccessful.

Although that season did not end in victory, the team did not have to wait much longer 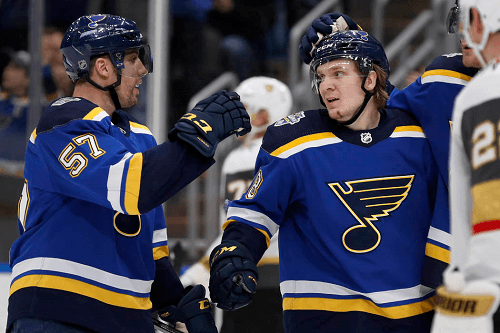 Before placing a future bet on the St. Louis Blues, make sure to have a good look at the following stats and facts. They may change your mind: