The Winnipeg Jets have a very unsuccessful history in the National Hockey League. They have never won a Stanley Cup, Conference Championship or Division Championship meaning that Winnipeg Jets odds are generally kept relatively high even if they are performing well-enough to make it through to the playoffs. With the team definitely being on an upward trend in recent seasons, many US online gamblers have been wondering whether it may be worth it to bet on Canada’s youngest professional hockey team. 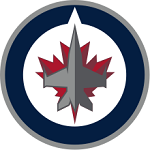 The Winnipeg Jets have had some good runs in the NHL over the last two years. In 2018, they made it all the way to the Western Conference finals before being defeated by the Vegas Golden Knights who were having something of a Cinderella run. In 2019, they made it to the playoffs but lost out in the first round against the St. Louis Blues who would go on to lift the Stanley Cup.

Although they had a bit of a rocky start to the season picking up more losses than they would have liked, the Jets seem to have evened it out and then some. At this point, the Winnipeg Jets odds to make playoffs seem pretty good, so we wouldn’t fault any US bettor who choose to make such a bet. However, that said, we do recommend that gamblers considering this wager keep a close eye on the team in the following weeks to ensure that it still seems like the right choice.

In terms of the team’s odds to make it to the Stanley Cup finals, we would be a bit wary. While the last two years has seen two new winners, we wouldn’t say that this is a trend that is set in stone. The Jets are playing well, and they have already made it to conference finals before, so they may seem like they are on their way to potentially winning big soon. However, we’d recommend perhaps waiting until the playoffs really are upon us before risking it.

The current Winnipeg Jets have no relation to the original team that competed under the same name in the NHL between 1979 and 1996. Instead, the current team was formed in 1999 as the Atlanta Thrashers. In brief summation, the Thrashers were created to fill the NHL void in Atlanta decades after the Atlanta Flames had left for Calgary.

The Thrashers never really performed all that well during their 12 seasons in Georgia, making it to the playoffs once and then failing to win any of the games in postseason. This led to games being empty and a relocation being set in motion after the team was sold. And so, a second Atlanta-based NHL team left for Canada in 2011; this time Winnipeg and rebranded as the Jets.

Following their relocation, the Jets struggled once more to get a foothold in the league. Their first time making it to the playoffs since the move came in the 2014-15 season, where the Anaheim Ducks swept them 4-0 in the First Round.

Following this, they suffered two more terrible seasons. Fortunes began to change in the 2017-2018 season when the team finished second in the Eastern Conference and made it all the way to the Western Conference Championship finals, only to be bested by the Vegas Golden Knights. The 2018-19 season saw the team finish fourth in their conference but get knocked out in the First Round of the playoffs again; this time against the St. Louis Blues.

Here are some interesting Winnipeg Jets facts that bettors should keep in mind when making bets online: