Super Bowl 54 is expected to be a great matchup. After an action-packed preseason, regular-season, and playoffs, the San Francisco 49ers and Kansas City Chiefs are ready to throw down. Odds on the Chiefs are stacked slightly, but punters should be careful. Super Bowl winners have always been a surprise to sportsbooks, and they’re usually biased.

After both teams qualified for the showdown, BetOnline immediately put the Cheifs down for 1.5-point favorites on a total of 52.5. They’re also -120 moneyline faves, with the 49ers on even money. With only a week to go, the spread and moneyline odds are holding firm, but the total is increasing. As the build-up continues, it will eventually even out, so wait for closing odds on Friday. 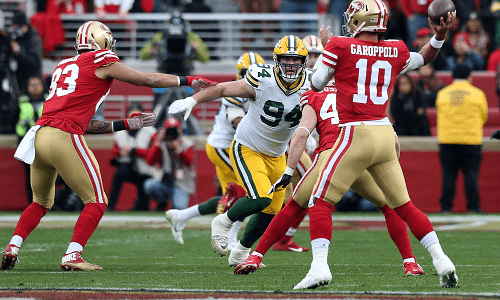 Based on their overall performance in the preseason and regular-season, it’s easy to see why the Chiefs are the popular pick. They’ve been a tad more consistent on the field, and the current team line up is unbeatable.

Based on averages from our top sportsbooks, we’ve got the top odds for Super Bowl 54. So, check out your favorite sportsbook, or hedge your bets on both teams with separate bookmakers. That way, you could win either way. It doesn’t hurt to keep the scales balanced.