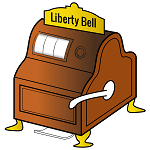 Any slots fan needs to know something about slot machine history. It completes the whole gaming experience to know the development of the game. The first slot machine was invented back in 1895 in San Francisco. The inventor of the popular gambling game was Charles August Fey, a different box machine than the one we see at local casinos.

Back then, the game was known as the Liberty Bell, a box filled with spinning reels and a lever on the side to start the rotation. The Liberty Bell slot originally had only three reels, and one of the names of the slot machine was the one-armed bandit. Go through the brief history of slots machines to discover some of the original symbols of the fruit machine, some of the nicknames, and the popular FAQs.

The symbolism of the first slot machine can be traced back to Charles Fey’s affection for playing card suits. At the time, you would find different suits such as heart symbols, diamond, and spade icon on the reels. You could also find a Liberty Bell, which was the most sought-after symbol with the biggest payoff. Players that hit the combination of three Liberty Bells in the same line could expect a great payout.

The Liberty Bell slot was played differently from the slots nowadays. The original machine had three reels with symbols of playing cards rotating, including the Liberty Bell. In order to start the roll, players would pull the lever that spins the reels. To hit the winning combination, players had to stop the wheel from spinning and hope that a certain combination has struck. A big payday is when the reels stop with the three Liberty Bells all lined up. When the machine started becoming popular, it was shipped across the country. 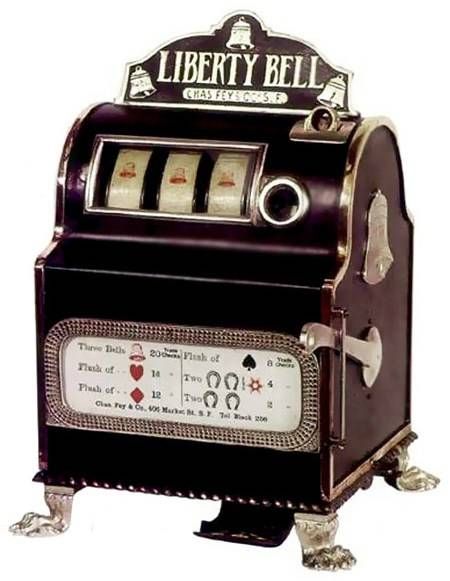 Slot machines were once banished in some states in the US. This led to the evolution of the machine. This ushered the era of the fruit machine where the symbols featured fruits and candy icons. The inspiration for the online slot games that we see nowadays comes from the representation of the early gambling machines.

Software developers around the world design jackpot computer games that operate similarly to networked modern slot machines with a combined pool prize. Slot machine manufacturers developed the first video slot machine in the 1990s when the boom of the internet era first occurred. Slots machines became popular around the world, and it was soon available in free mode and real money.

Who invented the slot machine?

When was the first slot machine invented?

The original slot machine was invented in 1895, the first coin-operated slot machine that existed at the time.

How are slot machines programmed?

The electronic slot machine functions using a random number generator to produce the outcome of a spin. The computer algorithm spouts out random symbols on the reels, and if a payline matches the symbols, players win.

What does BAR mean on slot machines?

The BAR symbol was not an acronym, but the logo of the Bell-Gum Fruit company. The icon was the wild symbol on the traditional slot machine, and if you got three in a row, you won the jackpot.

The Liberty Bell looked like a tiny box with a rectangular compartment that displayed the reels spinning. It had a lever on the side that was responsible for spinning the reels. Most of the slot machine parts were taken from Charles Fey’s love for games.

What is the oldest slot machine symbol?

The first slot machine featured suits found on card games such as spades, hearts, and diamonds. The most lucrative symbol was the bell. Nowadays, you still find standard cards on video slots games.

Check out our other slots guides: