Today, Bovada is running an all Pittsburgh match up with the Philadelphia Eagles at the Pittsburgh Steelers in Madden 20. This is a bit of a hard one given that both teams had rather average showings in the 2019 season. And, the video game series is pretty famous for not being unpredictable with player performances in relation to what is happening in real-life.

Arguably, it is this unpredictability that makes betting on sims better than betting on real games. (Relax, we aren’t being serious). But who should you place your money on this simulation? Well, here’s our prediction. 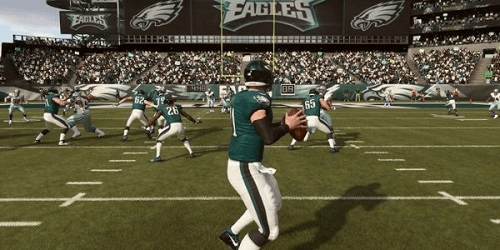 Here are some facts and stats about the upcoming game:

Go for the Philadelphia Eagles. The game’s algorithm seems to favor Philadelphia with the team picking up big wins against some of the less capable teams in the league. Unlike the Pittsburgh Steelers, the team was also able to scrape into postseason, which most likely affected overall team rankings going forward.

We think it will be close though, so we suggest going for a spread bet on the Eagles. If you aren’t feeling confident enough for that, go for a moneyline. It offers an opportunity for a fair gain. Make sure to watch the game tonight at https://www.twitch.tv/livefootballsims