Today’s line-up of NFL Madden sims features a big NFC bout with the Chicago Bears taking on the Seattle Seahawks at Century Link Field. The Seahawks come into this one, having posted a record of 3-2 in Bovada’s Sim Classic tournament. Despite not making it to the NFC Championship game in the 2019-20 game, the Seahawks had a strong season with quarterback Russell Wilson being a strong candidate for league MVP. (It did take him about 10 games to throw an interception.)

The Chicago Bears seem to be better video game form than in real-life. The team at one point actually had a good chance of winning the Sim Classic despite playing very tough opposition in the later stages of the tournament. It will be interesting to see whether or not this overall trend continues in these once-off match-ups. 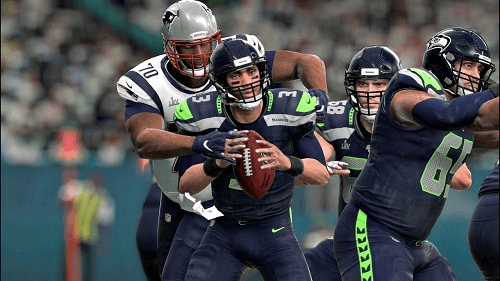 So, who’s go the edge in this game? Well, here are some key stats to look at:

The Bears have been able to scrape out some victories over some big teams. However, we don’t think this streak can continue forever. Yes, the team is good defensively, but their offense really struggles. It will be tough to go against a team that has a good distribution of great players on both its offensive and defensive squads.

So, long story short, go for Seattle on this one for either the moneyline or the spread, and you should see a good payout.

Looking to bet on this Seahawks vs Bears simulation? You can do so here!