In today’s set of Madden simulations, we see a repeat of Super Bowl XLIX with the New England Patriots traveling to Seattle to take on the Seahawks. With both teams featuring some big players in influential roles, this matchup is sure to be difficult to predict. The Seattle Seahawks will be looking for quarterback Russell Wilson to lead them to victory. With strong accuracy ratings, he will surely connect with his receivers and tight ends more often than not.

The New England Patriots have an amazing squad too. Quarterback Tom Brady still plays for the Patriots here, and with cornerback Stephon Gilmore leading the defense, the team has got a good chance of victory in any game. In general, the game also seems to favor the Patriots as a legacy title. So, who will win in this match between two of the league’s biggest heavyweights? 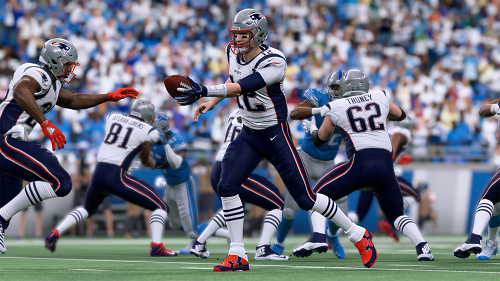 Well, let’s see if some of the stats can give us some guidance here:

This really is a hard one. The Seahawks have an insanely accurate offense, whereas the Patriot has an absolutely fantastic defense. We think that perhaps it would be better to take the Seahawks on this one. We believe that their offensive line-up is better than the Patriots’ defensive line-up, so take Seattle for the spread on this one.