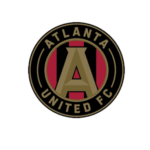 Atlanta United betting has proven to be rather profitable for avid Major League Sports gamblers in the United States. Although the Eastern Conference team only joined the MLS in 2017, they have already been lucky enough to lift the MLS Cup once, and that was in their second season. Any bettors who were lucky enough to get in on that future must have gotten a big payout as many don’t usually expect new teams to enter a competitive sporting league and win so easily. This is part of what makes MLS betting so exciting.

If you are looking at betting on Atlanta United at any point in the future, make sure to keep reading our guide below. There we have a look at the relatively-new MLS team’s odds of winning the MLS Cup as well as their recent performance history; both of which are sure to help you make better bets at US online gambling sites.

Looking for the best Atlanta United betting odds? Well, make sure to have a good look at the sportsbooks listed down below as they are sure to offer US bettors the best lines and odds on all MLS games.

What You’ll Find In Our Atlanta United Guide

The current position of the team actually does make them quite suitable for a good future on either the Eastern Conference Championship or MLS Cup. They still have the potential to win either of these two trophies despite not being directly considered the best team in the league at the moment. This means a good payout if you are willing to take the risk.

Founded in 2014, Atlanta United FC was created to aid the sports shortfall the city experienced after the National Hockey League’s Atlanta Thrashers relocated to Winnipeg. Arthur Blank, co-founder of Home Depot, had previously tried to bid to add an expansion franchise in the area in 2009. He failed to do so due to an inability to find partners for a stadium. It was the re-location of the Thrashers that finally led to other key stakeholders taking the potential of a new MLS team seriously.

Atlanta United officially joined the league in 2017, playing their matches at the Mercedes-Benz Stadium (which is also home to the NFL’s Atlanta Falcons.) Despite a spate of really odd early results, the team did well enough in their first season to make it to the Eastern Conference playoffs. Unfortunately, they were eliminated in the first round by Columbus Crew in a thrilling penalty shootout.

The team greatly improved on this performance in 2018, where they made it all the way to the final. They then edged past the Portland Timbers to lift the MLS Cup. They also placed second on the overall table. This means that they qualified for a spot in the 2019 CONCACAF Champions League.

Atlanta United’s performance in 2019 has not really matched that of their winning season. Although the team does look like its headed for a third consecutive playoff appearance, they don’t appear to look quite as dangerous as they did last year. This could be due to former coach Gerardo Martino’s departure. This all said, the team does still look to have a good chance of retaining the MLS Cup. 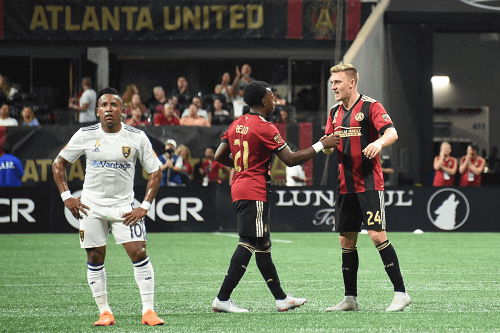 Are you the ultimate Atlanta United FC fan? Well then, did you know these interesting titbits about the famous MLS team?