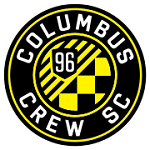 Columbus Crew betting is pretty popular with United States fans of the Eastern Conference Major League Soccer team. As a heavily experienced MLS side, Columbus Crew is looking to bring home silverware in forthcoming seasons, having done so a couple of times before in the form of the MLS Cup, US Open Cup and Supporters’ Shield. Although this season doesn’t really look to be the team’s year to win more trophies, there are still ample betting opportunities to be found (although we wouldn’t recommend any moneylines.)

If you’re looking to bet on this famous Ohio soccer team, we provide you with a comprehensive wrap of all things Columbus Crew down below. This includes a look at whether or not they’ll win the MLS Cup this year and their overall history. In addition, we also list a load of US-friendly online gambling sites that will allow you to bet on the team. So, what are you waiting for?

Do you think you know the result of Columbus Crew’s next fixture? Well then, have a look at all the lines available at the sports betting sites listed down below. They sure will tempt you!

What You’ll Find In Our Columbus Crew Betting Guide

Columbus Crew has really been a contender for the MLS Cup in recent years; a fact that hasn’t really seemed to have changed in the 2019 season. We really would not bet on the team to even make it into the playoffs if recent form is anything to go by. A US Open Cup future looked worthwhile until the team was knocked out of the tournament by Atlanta United.

Overall, if you are keen on having a go at Columbus Crew betting lines, we recommend that you stick to over/unders. There is still some money to be made betting on the team; it just really isn’t through futures (or moneylines in favor of the team) at present moment. 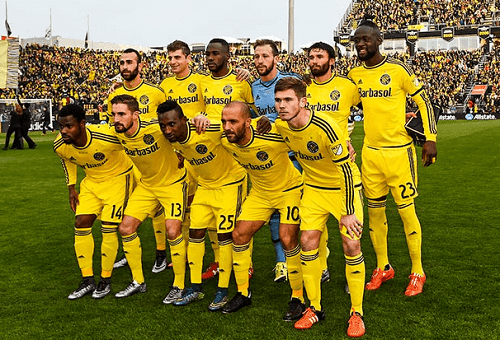 Columbus Crew is one of the most well-known MLS clubs and have played in the league for more than twenty years. Within their two decades of experience, they have seen reasonable success, earning the Supporter’s’ Shield on three occasions, including the year of their sole MLS Cup victory in 2008.

In addition to this, the team has made three US Open Cup Championships finals, once winning the title in 2002. With so many new expansion teams joining the league since its inception, Columbus Crew have struggled to be successful.

Since 2008, the team has struggled to remain consistent, with the last decade filled with a zigzag pattern, which has seen the team make it to the playoffs one season, and then fail to do so the next.

As previously mentioned, Columbus Crew have shown inconsistent form in recent years. Although the team was able to make it to the MLS Cup final in 2015, they fell to the Portland Timbers. However, since then, the team really has struggled to get back in competitive form, which was only exacerbated by relocation debates surrounding the team.

Although it is pretty clear that Columbus Crew will be staying in Ohio after Cleveland Browns owner Jimmy Haslam’s decision to add the team to his portfolio, they will need to work towards getting back to making a good go for the MLS Cup in the near future. Be sure to have a look at the odds available at soccer betting sites.

Here are some good MLS betting facts about the Columbus Crew soccer team: