Major League Soccer Eastern Conference betting (also known as MLS Eastern betting) makes up a good part of all betting on the United States’ premier soccer league. Although the conference is thought to be the weaker of the two, with only five teams having won the MLS Cup, there are still some pretty good prospects in the conference. In fact, DC United, Atlanta United and New York City FC have been viewed as some pretty big contenders for the Cup in recent years.

Betting on the MLS Eastern Conference is very exciting. If you would like to learn more about wagering on this prestigious league, then make sure to keep reading. Below we go through all things MLS Eastern, including the types of wagers gamblers can make, current odds on teams to win the conference and betting tips to keep in mind when planning your wager. So, read on and learn all you need to know about betting on the MLS Eastern Conference at online gambling sites.

Looking to place a bet on an upcoming MLS game? Have a look at the sportsbooks listed down below. They have all got a great list of lines and odds for US bettors.

Have a look at the sportsbooks listed above to find more lines on the MLS Eastern. You never know when it will be your lucky day!

Currently, these are all the teams competing in the MLS Eastern Conference. Click on the links to find more team-specific betting tips:

If you are looking to place some wagers on the MLS Eastern, make sure to keep the following tips in mind in order to place educated bets that give you a good chance of winning: 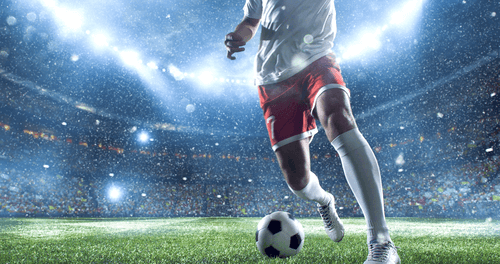 The 2018 Champion, Atlanta United follow behind as they have also been doing pretty well this season. It seems like it is going to be a real toss-up!

The Major League Soccer Eastern Conference was formulated in 1996 when the league first began. It makes up one of the league’s two overall sporting conferences and initially comprised of a total of five teams in the league’s first season; one of which – the Tampa Bay Mutiny – no longer exists.

Since formation, the team has seen many alterations with several teams joining and leaving the conference. Currently, it comprises of a total of 12 teams, with the latest addition being FC Cincinnati who joined in 2018. It is expected that Inter Miami will be the next team to join the conference in coming years.

As previously mentioned, the MLS Eastern is seen to be the weaker of the two conferences despite Atlanta United FC and Toronto FC having recently won the Cup. It has often been suggested that the travel time associated with playing in the conference has a real impact on the teams’ abilities to play well. That said, both New York City FC and Atlanta United look to have strong line-ups this year, which may mean that they have a good chance of winning the Cup this year.

Check out our other MLS betting guides: