FC Cincinnati betting has really taken off since the new team joined Major League Soccer in 2019. Although the team has had some trouble adjusting to the standard of play in the highest division of United States soccer, the future does seem bright for this new team with a new stadium on the horizon and a burgeoning rivalry with fellow Ohio MLS team Columbus Crew. Although betting on new teams always comes with some uncertainty, there is definitely some money to be made by betting on FC Cincinnati, and we’re about to tell you how.

Below we go through all avid MLS bettors need to know about betting on FC Cincinnati games. This includes having a look at their odds to win the MLS Cup this year as well as their overall performance history. So, read on and learn all you need to know to make great bets on this new and exciting soccer team at US online gambling sites.

Looking to place a bet on Ohio’s newest sporting pride and joy? Well, look no further than the sports betting sites listed below. They’ve got lines on all FC Cincinnati’s matches (and Columbus Crew’s too if that’s more your speed.) Well, what are you waiting for?

While bettors were hoping that FC Cincinnati would be the next Atlanta United, the team’s introduction into the MLS has not quite gone to plan. There are really no hopes that the side will win the MLS Cup this season with their current form and the fact that it does not seem to be improving as much as it would need to for the team to be competitive.

Overall, if you’re looking to bet on the team, we’d recommend going with total bets. Some FC Cincinnati games have seen some very high scorelines (mostly due to the team losing by big margins), which makes it prime to take a risk on betting on a high over. Just make sure to research at soccer betting sites on any potential wager before making it.

It just seems that Ohio won’t be seeing any MLS glory this year with Columbus Crew also pretty much being a bad bet this season.

FC Cincinnati formed in 2016 as a United Soccer League (USL) team. Negotiations with the MLS to join the league as an expansion team already in the year of formation, when Cincinnati was announced as a potential expansion location. The bid was confirmed successful in mid-2018 and the team joined the league in 2019.

As this is the team’s first year in the league, it was initially very difficult to make bets on the side due to a general lack of information. Many did look to FC Cincinnati’s USLC history. The soccer club was never able to win the USL Cup. However, they did manage to finish first in the Eastern Conference in 2018 – a year in which they also broke records for match spectator average attendance.

Unfortunately, this fine form did not transfer to the MLS. Thus far, the team has struggled to find their footing, occupying a near-last position on the Eastern Conference standings for a good part of the season. As a result, coach Alan Koch was fired by management in May. He was replaced by Yoann Damet, but performance does not seem to have improved. 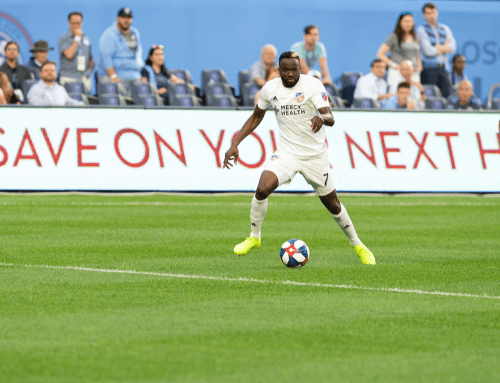 Here are some fascinating things you may like to know about FC Cincinnati for MLS betting purposes: