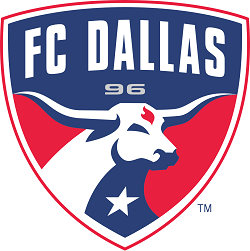 FC Dallas is one of soon to be three Major League Soccer (MLS) teams based in the state of Texas. Since joining the league in 1995, the club has managed to get two U.S. Open Cup wins, a single Western Conference title and have finished runner-up in the MLS Cup. While the team hasn’t had the best of performances in these last two years, it has done pretty well for itself in the years since it was first formed, often making the playoffs. If you’ve come here to learn whether FC Dallas is a team worth betting on, below we have a look at the latest odds at US online gambling sites, standing and fixtures for the team.

The sportsbooks down below should provide you with the best odds should you be looking to place a bet on FC Dallas (or any other MLS team for that matter):

What You’ll Find In Our FC Dallas Betting Guide

FC Dallas has been part of the MLS since the league first started up in 1996. Although, back then the team was known as Dallas Burn. The club is often seen as an underperformer when compared to its Western Conference rivals as it has yet to win an MLS Cup title (despite making it to the final in 2010.)

However, that said, the team has won two US Open Cup titles, with the most recent being in 2016, meaning that they aren’t starved for silver. They also topped the Western Conference in both 2014 and 2015. Unfortunately, they were not able to turn this success into league victories. Sports betting sites also don’t think the team’s recent good form is enough to predict a win in the near future.


Overall, most soccer betting sites are betting against an FC Dallas MLS Cup win in the near future. This means that overall odds are pretty good. Some key singular games most bettors may also want to have a look at include the Texas derby (against Houston Dynamo) and any matchup against Chicago Fire or Colorado Rapids F.C. Ultimately, you never know when it is going to be a good match day. So, its best just to get those bets in at MLS betting sites.