New England Revolution betting hasn’t really proved to be all that profitable for United States bettors making futures on the Major League Soccer (MLS) team. However, this hasn’t stopped many avid gamblers betting on the famous Eastern Conference side. Although they have yet to win an MLS Cup, New England Revolution has made it to the MLS Cup Final five times, meaning that they are a rather competitive team that always gives their best efforts. With a new coach at the helm, the team does look like they will be giving winning some silverware good attempts in upcoming seasons.

If you are looking to bet on New England Revolution sometime soon, have a look at our guide down below. We have a look at all US bettors need to know about the team in order to make some educated bets, and more. Some areas include their odds to win the MLS Cup and their recent performance history. So, read on and start making educated bets on New England Revolution today at the best online gambling sites in the United States!

Want to place a wager on New England Revolution’s next fixture? Well, have a look at the sports betting sites listed below. You are sure to find some good odds and lines there.

What You’ll Find In Our New England Revolution Guide

It’s really hard to say whether or not betting on New England Revolution is a good idea at this point in the season. While the team is not in a good place on the Eastern Conference standings, they have seen a recent turn in form for the better since replacing coach Brad Friedel with Bruce Arena, which may mean better odds at soccer betting sites.

This all in mind, we’d still say that making an MLS Cup future on the team is still rather risky this year. If US bettors are really keen on placing a wager on the team, we’d recommend going with a bet that isn’t so result drive, such as props or totals. Even though Arena has seen more wins and draws than Friedel, it’s still pretty hard to predict the result of a game. Perhaps, it is best to use this season to gauge whether New England Revolution may be worth a future bet next year.

New England Revolution is one of the MLS’ charter teams and have played in every season since 1996. Despite high support from fans across the state, the team suffered from poor performances in its early years, failing to do much other than reach the US Open Cup final in 2001.

It was after the appointment of Steve Nicol as coach in 2002 that the team really saw some competitive runs. Under Nicol’s management, the team made it to three consecutive MLS Cup finals from 2005 to 2007, failing to lift the trophy each and every time. They were compensated by winning their first US Open Cup final in 2007.

The team was forced to enter into a rebuilding stated after this, which saw a couple of years filled with bad performances and lost opportunities. This streak would only come to an end in 2014 when coach Jay Heaps led the team to yet another unsuccessful MLS Cup final.

Although the team has had another recent downturn in form, fans remain hopeful that they will one day lift the MLS Cup. This probably won’t be in 2019 though. 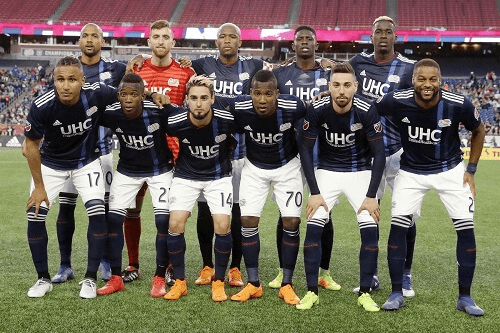 Here are some interesting MLS betting facts about the New England Revolution all fans should know: