Orlando City SC betting is a growing form of Major League Soccer betting in the United States. The team is one of the newest in the league, having joined the Eastern Conference in 2015, and has not any standout seasons since joining. The team even finished second to last in the league in 2018, pretty much voiding any chance of winning any championship gold for the season. That said, it doesn’t mean that the team does not present any worthwhile opportunities to make some quick cash with bets.

If you would like to learn more about betting on Orlando City SC, we recommend that you keep reading. Below we get into all US bettors need to know about placing wagers on the team by having a quick look at their performance history as well as their current odds to win the MLS Cup. So, read and learn more about betting on one of Florida’s newest sports teams at US online gambling sites.

Would you like to place a bet on Orlando City SC? Well, have a look at the sports betting sites down below. You are sure to find great odds on Major League Soccer games, including those involving Orlando City SC.

Orlando City SC is one of a handful of relatively new teams in the league, which means that they are very hard to bet on. As previously mentioned, thus far, they haven’t really posted any good performances, but they could possibly become one of the best teams in the league. We don’t think that this will happen this season though.

Overall, they are performing better than they did last season, but not well enough to have a playoff spot guaranteed. For this reason, we don’t really recommend placing a future bet on the side to win the MLS Cup. In fact, wouldn’t even recommend placing any moneylines on the team as their form has been so inconsistent. If you really want to bet on the team, we recommend that you stick to totals and or prop bets at soccer betting sites – those which aren’t so result driven.

Since then, the team suffered a load of bad results, with coach Adrian Heath being fired in 2016. Jason Kries was announced to replace Heath and results did improve but the team missed the playoffs once again.

The team recorded their worst year in 2018, when they finished second to last in the overall standing and setting a new record for overall goals conceded. The team has yet to make it to the playoffs but the drive seems there. Well, we wouldn’t recommend betting on the team currently, they are a prospect for the future. 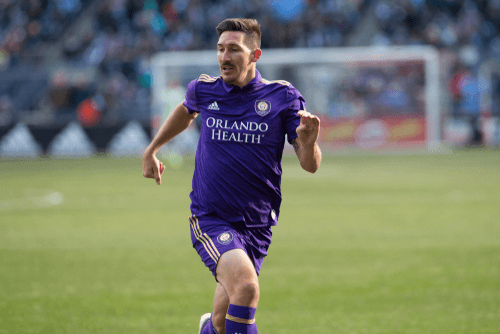 Are you an Orlando City SC super fan? Well, we bet you didn’t know these interesting MLS betting facts about the team: