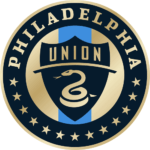 Philadelphia Union betting is one of the biggest forms of  Major League Soccer (MLS) betting in the state of Pennsylvania. Since this Eastern Conference joined the MLS in 2010, they have produced rather average performances, sporadically making it to the playoffs. In fact, the best is they’ve done is make it to the conference semi-finals. This hasn’t really made the team the best to place a wager on since they joined the league, but perhaps that is about to change.

If you are looking to place wagers on the Philadelphia Union, make sure to read our guide down below. There we have a look at their performance history in the MLS, the odds they have of winning the MLS Cup this year and which online gambling sites are the best for betting on the Philadelphia Union. So, go on and find out all you need to about this exciting Eastern Conference team.

Would you like to place a bet on Philadelphia Union? Make sure to have a look at the top MLS sportsbooks down below. They have got a load of odds on all sorts of games that may be of interested to you.

This year, Philadelphia Union looks to be in contention to top the Eastern Conference table and make it through to the playoffs. We won’t say that making a future on the team is exactly a safe bet (futures never are), but it certainly is a more rational prediction. Many top sports betting sites have set the team as one of the sides more likely to win the MLS Cup, despite suffering some really terrible defeats throughout the season.

Along with futures, the team is also worth placing a few other bets, such as totals and props. We’d try to avoid making moneylines at US sports betting sites though as the team is not very consistent in form overall.

Especially as the Philadelphia Union tend to struggle in head-to-heads with teams from the Western Conference. Don’t be tempted by the higher odds unless you’re absolutely sure about the Union’s system and tactics.

Check out our other Philadelphia Union guides:

For a long time, Philadelphia wasn’t represented in the US soccer industry despite the city being one of the ten largest metropolitan areas in the country. There were attempts in 2001 and 2006 to establish an MLS team in the area but those fell through.

The Union was founded in 2008 after the Sons of Ben supporter group showed the MLS there was an established fan base in the city. The Union joined the MLS as an expansion team two years later.

The Union’s performance since they entered the MLS has been mediocre. They failed to qualify for the league playoffs in 2010, 2012 to 2015, and 2017. In fact, the best they’ve done is make it to the Conference semi-finals in 2011.

However, they’ve fallen just shy of victory in the US Open Cup, making it to the finals three times in 2014, 2015, and 2018. They are still yet to qualify for the Confederation of North, Central American and Caribbean Association Football (CONCACAF) Champions League though.

Fans of The U are desperate for some silverware and the odds of them breaking their losing streak look good. 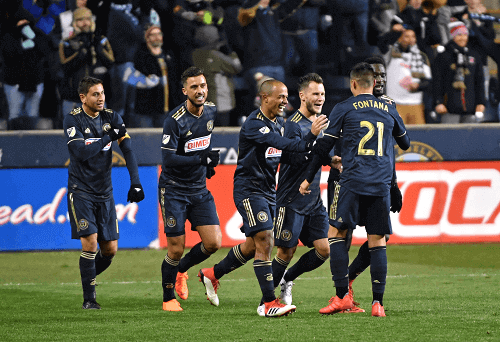 Here are some interesting facts about Philadelphia’s favorite soccer team that every major MLS betting fan should know:

Philadelphia Union has rivalries with D.C. United and the New York Red Bulls. The history behind the rivalries goes back to geographical closeness and a traditional hostility between Philadelphia, New York City, and Washington D.C. in other professional sports leagues.

The team plays at Talen Energy Stadium. The stadium is able to seat 18500 people.