The best thing about betting on sports with a significant viewership is that sportsbooks are more likely to offer more lines than the standard betting options. Yes, you’ll still get to place moneylines, spreads, and over unders; but the list of props seems endless.

For example, you can bet on the next Premier League manager to be sacked (fired) throughout the season. Not many other leagues other than perhaps the NFL has as many unique betting lines.

So, if you are a soccer fan and would like to find out more about all the opportunities available with Premier League betting, stick around. We have created the ultimate EPL betting guide below where we discuss:

We also list the online gambling sites with the best betting odds on the Premier League, so you can get started with your first wagers as soon as you feel ready.

Bet on the Premier League Here 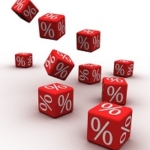 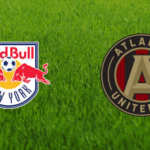 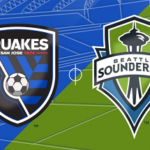 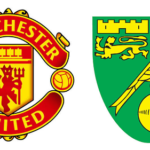 As mentioned above, there are many betting lines available on the Premier League, including standard sports betting lines and some unique offers. Below we have a look at some of the lines that most bettors take an interest in:

Soccer moneylines are a little different from those seen in football, basketball, or hockey. In soccer, a draw is a very real possible outcome. As such, moneylines work 3-ways: a win for either team or a tie.

The additional outcome means that odds on each outcome are a little more rewarding. However, if there is a firm favorite in the match-up, you still won’t earn all that much money by betting on the favorite.

Spreads (often called handicaps in European markets) see sportsbooks name a favorite and an underdog in a match up. Oddsmakers then set an expected scoreline they expect the favorite to win by.

You can then bet on either the favorite or underdog to beat the line. Spread bets can seem a bit confusing to people who have never placed a sports bet before. So, here’s an example that may make more sense to you.

Let’s say the following spread line is on offer at a sportsbook:

The sportsbook expects Manchester United to win the game. We can see that with the -1.5 figure next to their name. The number indicates that United needs to win by at least a two-goal difference for bets on them to be successful.

However, for bets on Crystal Palace to be successful, Palace needs to keep the loss to a one-goal difference or less. We are able to determine this by +1.5 next to their name.

You can then bet on whether the game’s total scoreline will come under or above the prediction. Beginner sports bettors usually start with over unders because there is a little more room for error. 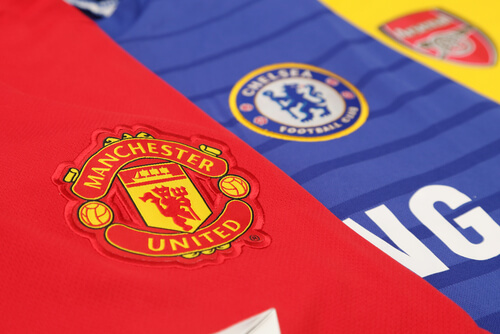 Props are event-based bets rather than outcome-based bets. For example, you can bet on a specific team or player to score a goal in a game. Once this has happened, you get paid out. It doesn’t matter whether the team wins or loses.

There are many types of props available. Most have to do with scoring a goal but not all. Here are some examples of popular props:

Futures (known as outright bets in European markets) are bets on an event set to take place in the future. For example, a futures bet on the EPL could be betting on who will win the title before the first game of the season (although this is dangerous).

There are loads of interesting futures available on the Premier League, though. Some prevalent examples include:

To bet on the Premier League, you need to know how to read betting odds. Before we get into it, we should mention that there are three types of odds formats:

Most of the sportsbooks we recommend allow you to switch between all three. We will be explaining American/moneyline odds below. But if you would like to learn about the others, please head over to our dedicated how to read odds guide.

So, with the American/moneyline format, odds are displayed as follow:

However, there are cases where each event could have a plus or minus. In such situations, you need to look at the numbers to see which event is perceived to be most likely.

To calculate how much you could win off a bet with American odds, all you need to do is use the applicable formula below:

There is no foolproof way to ensure that you win every bet you place. However, you can increase your chances of making better bets by researching games before betting on them. Doing such will make you aware of things you did not before.

Here are some of the areas we suggest you focus on when researching your bets:

Statistically, when teams play at home, they are more likely to win the game. Of course, it is essential to take this in the context of a team’s performance throughout the entire season. But usually, this is a good indicator of which team has a slight edge, especially in derby games.

Look at the context going into a game before betting on it. Some teams are more likely to play better line-ups in an FA Cup game, so their league line-up will suffer. Alternatively, some teams may play more robust line-ups in league games if they are fighting against relegation.

If a team plays many games in quick succession, they are more likely to pick up a loss. For example, successful teams often have full schedules as follows:

Unfortunately, at some point, the team (in this case, Liverpool) will suffer from the effects of fatigue, and they are more likely to pick up a loss somewhere along the line. However, it doesn’t always mean that it will be in the league.

How do I bet on the Premier League?

You can bet on the Premier League by joining one of our listed sportsbooks:
1. Intertops
2. Bovada
3. XBet
4. SportsBetting.ag
5. BetOnline.ag
6. MyBookie
7. SportBet
8. GT Bets
9. WagerWeb
10. BetNow
11. YouWager

Who will finish in the top four?

Which English team has the most trophies?

Liverpool is the English team with the most trophies with a total of 48 trophies. They are followed by Manchester United with 45.

Who is the biggest club in England?

The biggest club in England is thought to be Manchester United simply due to their overall success during the modern era of soccer. In addition, they are believed to be the tenth biggest sports club in the world with a total value of $3.81 billion.

Who is the most hated Premier League team?

Most fan polls suggest that Chelsea FC is the most hated team in the Premier League. One of the major reasons cited was the club’s use of money to buy success after being purchased by Russian billionaire Roman Abramovich.

Where can I find out for upcoming EPL games?

You can find odds for Premier League games at any of our recommended sportsbooks.