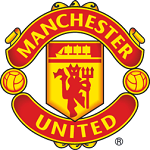 Manchester United is one of the biggest soccer clubs in the world. Known affectionately by their fans as the Red Devils, the team rivals the likes of Real Madrid and Barcelona in global fan numbers and brand value.

Most of the team’s success came under the management of Sir Alex Ferguson, who led the team to 38 trophy wins. But after his retirement in 2013, Manchester United has struggled to remain consistently competitive in the league.

After a spate of unsuccessful managers, it seems like the team is committed to former player Ole Gunnar Solskjær who looks like he may bring back some glory to the club.

If you would like to find out more about betting on Manchester United, stick around. Below we look at their odds of winning the major trophies that make up the treble this coming season. We also list online gambling sites with the best Premier League betting lines, so that you can get started as soon as you feel ready.

Manchester United are not favored to win the Premier League this year by any sportsbook. This is understandable as they had a hard time making it into the top four in the 2019-20 season already. They have also started the league on a semi-negative note with a loss already in hand.

We think it is best to avoid making future bets on United to win the league this year. Although anything can happen, the weird circumstances of the last season have made it pretty easy to tell that the team probably won’t be performing amazingly well in the 2020-21 season either. Bruno Fernandes has brought new hope to the squad, so perhaps their fortunes will improve.

Manchester United last won an FA Cup title in 2016. They made it to the finals again in 2018 but lost out to Chelsea in a very narrow final. However, overall, the team has struggled to make it through the later stages of the tournament, regularly being eliminated in Round 3 to Round 6.

Currently, sports betting sites have an excellent price for Manchester United. We think they may have a good chance of winning the FA Cup, especially as manager Solskjær will want to win at least one trophy this season after a three-year dry spell.

Manchester United is currently not considered one of the favorites to win the Champions League this season. Since their last appearance in the final in 2011, they have struggled to have successful runs in the league.

Since this last final’s appearance, the furthest the team has made it is to the quarter-finals. They have notched up a Europa League victory, though.

Although they have qualified for the Champions League this season, sportsbooks expect them to make it to the quarter-finals. But given their performance in the 2019-20 season, this prediction may be a bit optimistic.

As mentioned above, Manchester United is one of the most successful teams in the Premier League. Here is a list of some of their most significant accomplishments:

Who is the greatest Manchester United player of all time?

Ryan Giggs is considered to be the greatest Manchester United player of all time. He has frequently been voted to the league’s Team of the Decade multiple times. Also, he’s one of the highest scorers in the team’s history.

What are the odds on Man United beating Liverpool?

Who has more cups Man Utd or Liverpool?

Is Ronaldo a Man Utd legend?

Yes, Cristiano Ronaldo is a Manchester United legend. He won the Ballon d’Or while he was a member team in 2008. He also helped lead the team to three consecutive Premier League titles, an FA Cup title, two league cups, and a Champions League title.

How much does Man Utd earn a year?

It is estimated that Manchester United generates about $806.38 million in revenue each year.

How much is Manchester United worth?

It is estimated that Manchester United is worth about $3.8 billion.