The Southampton vs. Norwich City matchup is set to take place this Friday and it could be quite an interesting one.

Norwich City is currently sitting at the bottom of the log in the English Premier League and the team will want to improve its standing going into this matchup. However, Southampton is also not doing well having lost four of their previous five games. Kickoff of this matchup should be at 13:00 PM ET on Friday (19 June 2020).

Norwich City has only won 5 of its games since the season has started and the team has a total of 18 losses and six draws.

Teemu Pukki will lead Norwich City since he has 11 English Premier League strikes for this season. Meanwhile, Tim Krul is rated 4th amongst Premier League goalies. He has 96 saves in his score board.

In 27 appearances this year he has garnered five clean sheets and he allows an average of one goal every 54 minutes.

Norwich City Hosts the Saints in This Matchup

Southampton will be hosted by Norwich City this coming Friday and as we know the Saints thrive when they are on the road. Despite the fact that they have only won only one game in their previous five matchups, they seem to be a favorite.

The Saints just have seven points above the bottom three teams in the Premier League. Southampton is currently ranked 14th in the English Premier League. The ranking is due to the fact that the team was able to go through a five streak between December 2019 and January 2020.

The team managed to beat teams such as Chelsea and Tottenham Hotspur. As we have said before it seems that The Saints perform exceptionally well when they are on the road having only two games of the six games played on the road.

Danny Ings will lead Southampton with 15 strikes this season. He is ranked 5th with the most goals scored in the English Premier League.

While Alex McCarthy will be expected to defend the team at the goal posts It should not be a mammoth task for him because he is currently raked 16th in England for top-flight with 8 saves in his record.

This year he has four clean sheets in 19 games played by the team. Also, on average he gives up one goal in every 63 minutes of gameplay. 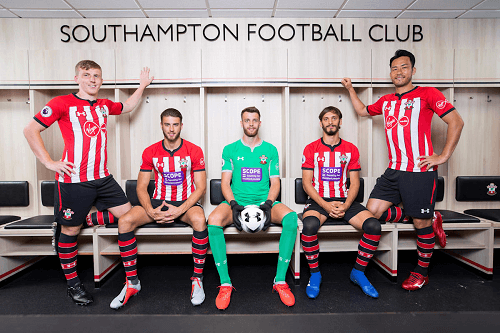 These two teams have been struggling even before the break due to the pandemic. For example, Norwich lost three games out of the four that the team played. This is why the team is bottom of the league.

The Saints were able to gain three points from the 15 they could have collected. This is why they have 7 points above the lowest teams in the league.

While Norwich City may seem like the underdog, the team has only lost one game in their five previous matchups. So, the experts believe that there will be a draw in this matchup. No winners and losers.

Bet on the Matchup Here