Computer picks are widely considered to be the most valuable form of sports betting picks available to bettors in the United States, and around the world. Essentially, through the use of mathematical algorithms and data analysis, computers crunch numbers and predict the outcome of an upcoming sports game. 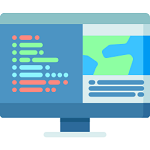 With computers not really being prone to the biases that humans are, these predictions are said to be a more accurate representation of a potential sport’s events outcome. It is for this reason that computer picks for sporting leagues such as the NFL, MLB, NBA and the NHL are so widely sort after.

Not only do we at Gambling360.com provide our bettors with free computer picks on the latest upcoming sports events, but we also deign to go further into depth about why this form of sport betting predictions is so valued. So, read on and learn more about computer picks and how they can help you. Then, sign up at one of our recommended online gambling sites down below and test out some of the computer picks that we have got for you on our dedicated picks pages.

Test Our Free Computer Picks at These Sportsbooks!

Looking to make some money on some of the free computer sports picks featured on our dedicated pages? Well, then look no further than the sportsbooks listed down below! They’ve got some very competitive odds that are sure to earn you a load of cash on any wager you place.

What You’ll Find On This Page

What are Computer Picks?

Computer picks are simply sports betting predictions made by imputing data into an application. Based on this data, the application makes predictions regarding outcomes for upcoming games. Bettors tend to prefer using computer picks over consensus or expert picks due to the fact that they are not subject to opinion or bias that are associated with being human. (For example, a computer won’t tell you not to bet on the New England Patriots, just because they don’t like Tom Brady.)

Very often, the best computer sports picks appear in a tabulated form showing predicted winners, spreads and totals. It is important to note that computers aren’t good at analyzing every single type of bet, and are only good in some areas for some sports. For example, we wouldn’t trust computer picks for placing future bets.

Computer Picks Are Not Guaranteed Wins

The one thing many inexperienced bettors tend to get confused about is the idea of computer picks being a guaranteed way to win bets at a sportsbook. Well, to put it quite plainly, there is no such thing as a guaranteed bet, regardless of whether you are using computer picks or otherwise.

As mentioned above, computer picks tell bettors which person or team is most likely to win an event theoretically. It looks at all the information, and then predicts a winner on the basis of that. However, computers are unable to calculate for one variable, and that is human unpredictability. They are unable to tell if a particular player is going to have a good or bad day, or if a star player may get injured in-play.

For example, take the Philadelphia Eagles’ 2018 Super Bowl victory over the New England Patriots. Carson Wentz’s injury towards the end of the season led computers to believe that the Eagles were likely underdogs to take the title. They may have not accounted for Nick Foles putting in a performance in the big game that would have led him to be named Super Bowl MVP because, statistically speaking, this is not what a second-string quarterback does.

So, always keep in mind that while computer picks are statistically more accurate predictions of how a game should go on paper, this is not always what lands up happening.

US bettors will find that there are computer picks available for a load of different sports betting markets. Some of the most popular in the United States include the following:

The NFL is undeniably the most popular sporting league in the USA. Every year, US bettors make millions of wagers on the sport, sometimes using computer picks. In general, NFL computer picks tend to be centered around individual match bets (so think moneylines, spreads, totals and props.) We wouldn’t necessary use computer picks for placing future bets.

The NBA is largely considered to be the most predictable sporting league in the USA. Essentially, teams need a star player or two to do perform well, and if they don’t have such players, they probably won’t win. Computer picks prove to be really helpful for betting on this league as such. 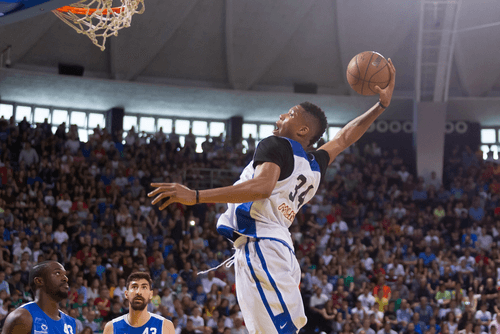 In contrast to the NBA, the MLB is known to be pretty unpredictable due to stronger focus being placed on getting home runs in recent years, and it being hard to measure up the quality of a pitcher in relation to a hitter. However, that stated, computer picks do help quite a bit with making moneylines and totals.

The NHL is widely known to be the hardest league to bet due to the variety of factors bettors need to focus on before making a wager, such as which goaltender is playing on which day. In general, computer picks prove to be very helpful with determining playoff results, but remember that they aren’t always right. (Think of how Tampa Bay Lightning’s record season ended in a sweep.)

College basketball tends to be slightly more unpredictable than the NBA, but still proves to be a popular betting option with regards to NCCAB computer picks. Bettors can expect to see a load of free picks computer being posted during March Madness.

Why are computer picks so popular?

As mentioned above, computer picks are popular due to the fact that there are no errors with mathematical calculations when creating predictions. In addition, computers are not affected by bias when making picks. That said though, computer picks cannot calculate for human unpredictability.

Should I pay for computer picks?

This really depends on what sort of bettor you are. If you are simply betting on sports for the fun of it, then no, we don’t recommend paying for picks ever. However, if you are really looking at getting into sports betting professionally, it may be a good idea to look at purchasing access to such data to get ahead of the game.

Any sport that has a load of numerical data will find itself a prime candidate for generating computer-based picks. Popular sports that generate computer picks include football, basketball, baseball, hockey, horse racing and soccer, among many others. (If you’re a huge fan of college sports, you can expect to find NCAA computer picks very helpful!)

Where can I find computer picks?

Well, right here, of course! We offer a load of computer picks on all the most popular sporting leagues in the United States, right here on Gambling360.com.

Will I always win with computer picks?

We cannot stress enough that computer picks do not guarantee bettors any wins. They cannot calculate for all variables, and are unable to tell the future (which is what you’ll need to do if you always want to make correct picks.)

Check out our other sports picks guides guides: