In lieu of no sport happening in America due to social distancing, sports betting sites are accepting wagers on Tiger King. Sportsbetting.ag is one of the websites taking bets on this Netflix hit series. They are accepting bets on who will be cast on a future movie based on the docuseries.

The only way that these bets will payout is if the movie is released by 31 December 2021. 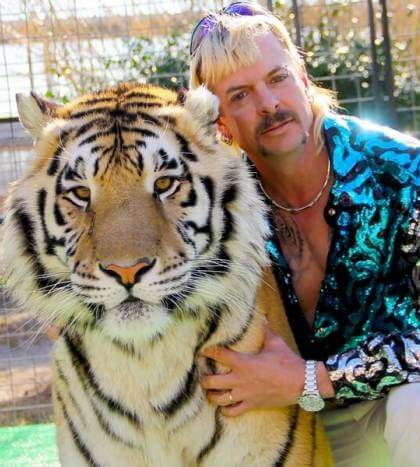 What is the Kind of Bets Available?

At the moment, Kevin Bacon comes out top with odds for playing Joe Exotic. While Ben Stiller is the least popular. Even though it’s not the best bet to make on Stiller, gamblers will score a high payout of $500 if he gets the role. Edward Norton comes in second place after Bacon. He admitted on Twitter that he wouldn’t mind taking up the part.

For the role of Carole Baskin, Wendi McLendon-Covey is the most popular. She is going against the likes of Kirsten Wiig and Laura Dern. However, Kate McKinnon is set to play the role in a limited series and is not even listed on there.

For the other characters, Will Ferrell leads for the role of Doc Ante, Leonardo DiCaprio for John Finlay, and Rami Malek for Travis Maldonado.

Celebrities are arguing over who deserves the roles on social media. Dane Cook and Dax Shepard argued with each other on who should play Joe Exotic. While Jared Leto was already trying out the Joe Exotic look. Margot Robbie’s name was also mentioned for a potential role.

Sign Up at Sportsbetting.ag to Wager on Tiger King

Netflix is currently captivating the public with the Tiger King docuseries, which is the latest docuseries to be released on the platform. The docuseries is about former zoo owner Joseph Maldonado-Passage who is incarcerated. Tiger King features everything from murder and polygamy to wild animals.

If you are looking to score some money on this trending story, and since there are no sports to bet on, visit sportsbetting.ag.