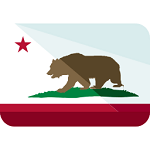 Casinos in California aren’t all that difficult to find if you are looking at visiting venues located on Native American reservations. In fact, the state was the first to allow for such agreements, meaning that there are a lot of options available to players. That said, if you are looking to find a casino outside of reservations, a California card room is going to have to do it for you, as currently, these are the only real gambling venues allowed within areas state officials are in control of.

If you would like to learn more about gambling in California and the complicated history surrounding it, make sure to read on down below. We go through the gambling legislation within the state, have a look at both the online and brick-and-mortar options available to players and also provide them with a list of potential casinos to visit across the state. So, read on and find out all you need to know about gambling and casinos in California!

What You Will Find in this US States Guide

Types of Live Gambling in California

There are four main types of brick-and-mortar or live gambling options in the state of California and they are the following:

There are a couple of explicitly legal forms of online gambling in California, such as those listed below:

Aside from these two, there isn’t any real way to gamble online in the state. There have been attempts to legalize online poker rooms in the state, but all attempts have turned sour towards the end. Offshore online casinos are not explicitly banned, so it is possible to join them without facing any real challenge.

California legal processes requires that gambling laws be approved by citizens, which includes issuing a state referendum to ensure that any constitutional amendment is lawful. Every form of legal gambling in the state had to go through this process in order to be legalized.

In terms of legal gambling, horse racing was the first to be permitted. Bettors are allowed to make off-track bets only on races taking place at racetracks located in California. Following horse racing, a state lottery program including scratch off tickets and keno-style game were legalized in an effort to help fund public schools. Since then, interstate games like Powerball and Mega Millions have also been made available in the state.

Charity-based gambling games are also legal; however, the overall prize-pool needs to be less than 20% of the proceeds going to charity. Games cannot be run with the intent of turning it into a real business and all people operating it need to be volunteers.

In terms of casino-style gambling venues, California is very famous for its legal card rooms. At first, only poker was permitted in these venues, but this has since grown to include other famous casino games, including blackjack, baccarat and pai gow poker.

Finally, if players are looking to play more than just cards games, they will need to look at an Indian casino. These venues allow players in California the opportunity to play games such as slots, video poker, and bingo. The only two games that are not allowed are craps and roulette. Casino are required to pay tax on games that are not allowed at card clubs or racetracks.

If you are looking to visit California casinos that allow you to play slots and other less accessible games of chance, we recommend visiting any one of the below listed Native American casinos:

Here is a list of all the most popular card rooms located across the state of California. We recommend having a look for one that may be close to you!

History of Gambling in California

Poker has never been considered a form of gambling in the Golden State. So, it has always been possible for gamblers in the state to play it for reel money. Thus, the first form of “true” gambling to be legalized in the state was horse racing, which happened in 1933.

Following the legalization of horse racing, it would take more than fifty years until another from of gambling was made legal in the state. In November 1983, the state lottery was made legal, which proved to be very popular with both people living in California and Nevada. Two years late, off-track betting on horse racing was made legal, meaning that sports bettors could bet on any horse race taking place at a California track without actually having to be there.

In 2000, the state gave approval for tribal casinos to be established on Native American reservations. Since then, several casinos have formed, with players in California having a wide variety of options now available to them.

California is now looking to the future of gambling. While very little progress has been made to legalize online poker and sports betting, at the very least, state legislators have looked at it.

Are there casinos in California?

Yes, there are several casinos in California with slot machines located on Native American reservations. It is important to not confuse these with card rooms, which are located across the state and only give gamblers the chance to play card games.

Is online gambling legal in California?

The only form of online gambling that is formally legal in the state is horse racing betting. Daily fantasy sports games are also allowed but that’s because they are considered a game of skill and not chance. However, that said, there isn’t legislation officially banning offshore online casinos.

What is the gambling age in California?

Players need to be 18 to play games such as the lottery or bingo, but 21 to visit a casino or racetrack.

What casino games can I play in California?

In California, it is possible to play card games, slots, bingo, lottery games and bet on horse racing. Two popular casino games notably absent from this list are craps and roulette, which are currently not allowed.

Does California have a state lottery?

Yes, they do. Players in California are able to participate in scratch card and lotto games, including several multi-state options, such as Powerball and Mega Millions.

Is sports betting legal in California?

At the time of writing, the only form of sports betting that is legal in California is horse racing.

More Casinos in Other States