Tonight’s list of Madden 20 simulations sees the Indianapolis Colts up against the Tennessee Titans in Nashville. The Titans had a great season in 2019, making it all the way to the AFC Championship before falling to eventual Super Bowl Champions, the Kansas City Chiefs. However, if you had said that Ryan Tannehill was going to be named the Comeback Player of the Year, many would have laughed at you, seeing as Marcus Mariota was firmly rooted as a starter.

Madden 20 still seems to reflect this sentiment as Tennessee has currently got a record of 3-6 in Bovada’s simulations. The Indianapolis Colts aren’t doing any better with a record of 3-8. The Colts enter this game off a loss against the Washington Redskins, who aren’t exactly a great team themselves, making it all so much harder to predict this one. But read on below for our attempts at trying to best a computer algorithm. 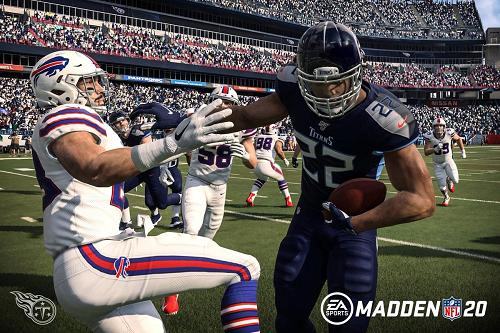 So, here are some things to take note of both the Tennessee Titans and Indianapolis Colts in Madden 20:

Well, this is a hard one as the game doesn’t seem to like either of these teams. We think that the fact that the Colts have a worse record is a sign not to bet on them. The Titans also seem to have a slight edge over them both offensively and defensively. So, our recommendation is to take that moneyline on the Titans.

If the -150 line is not appealing enough for you, we suggest trying the spread and sticking to the Titans. The Colts really seem hopeless at this point.