The French Open (also known as the Roland-Garros) is one of the biggest annual events within Tennis. It is the only major tournament to be played on a clay court. In recent years, the tournament has witnessed some of the most exciting matches of all-time between legendary players such as Rafael Nadal, Roger Federer and Novak Djokovic. With the French Open being one of the most exciting tournaments in all of tennis, it makes sense that some avid tennis fans would be keen to bet on games to amplify the thrilling game. On this page, we

look at the tennis bets and odds players will encounter when betting on the French Open at top US online gambling sites.

These are the best sports books to place a good bet on the French Open. You are guaranteed to get the best odds here:

What You’ll Find In Our French Open Betting Guide

As the name may already imply, in head-to-head bets, bettors attempt to predict the winner of a particular match-up. When making such bets on any sort of tennis tournament, it is important to research all sorts of factors that may impact the result of the match and thus your bet. For example, in the French Open, aces are less likely to occur. Thus, it is important for bettors to focus on the fitness of players instead. Some of the best sports betting sites allow bettors to place wagers on stats like the number of aces in a match, etc.

Live betting is a staple at tennis betting websites and can be lucrative if you know what to focus on. There are many situations where the favourite to win a particular match suffers a bad start and then comes back. We recommend trying to find a match featuring a favourite is struggling and placing a bet when odds are high. Should the favourite come back to win (which has often been the case), you’ll be in for a big payout. 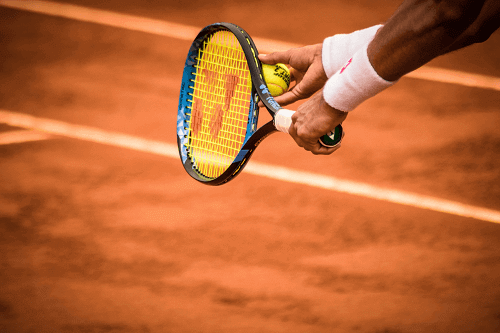 As previously mentioned, the French Open is played on a clay court, which makes it a little different to the other major tennis tournaments. Here are a few facts to keep in mind when making bets on the Roland-Garros:

The French Open is one of the most exciting tennis tournaments due to its unpredictable nature towards the final. Sports bookies have a host of bets for American bettors who may be interested in betting on the tournament. We recommend having a look at some of the sports books we have listed above for the best odds.