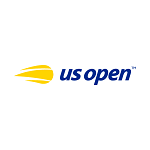 The US Open is the fourth and final Grand Slam tournament in the tennis season. It is also known for its extensive international attendance by tennis fans. The tournament is held by the United States Tennis Association at Flushing Meadows-Corona Park in New York City and is played on a hard-court surface.

With this Grand Slam being so famous, US Open tennis betting is a vast market, with loads of opportunities to make money. Sportsbooks usually pay special attention to this sporting event because it is played right before the football season begins. Meaning that a lot of gamblers are open to new betting options.

As far as tennis betting goes, the US Open is also slightly less predictable than other Grand Slams. After all, Rafael Nadal dominates the French Open, and Novak Djokovic dominates the Australian Open. The US Open men’s singles event has not had a repeat winner since Roger Federer won five times in a row between 2004 and 2008.

We also list all the best online gambling sites for tennis so that you can get started on your first as soon as you feel ready. So, scroll on down and start betting on the US Open with Gambling360.com!

Bet on the US Open Here

Here are the most popular betting lines you will find on the US Open Grand Slam at online sports betting sites:

Also known as an outright bet, with this option, you predict who is going to win the tournament. In most sports, all future bets usually have long odds, meaning big payouts if you guess correctly. The reason for this is that predicting a winner before an event is difficult.

However, with tennis being a relatively predictable sport in the last few years, futures odds aren’t always great on Grand Slams. Especially the men’s tournaments where you can usually expect Novak Djokovic, Roger Federer, or Rafael Nadal to win.

You may be wondering how spread bets work in tennis as spreads are generally associated with team-based sports. However, there are two ways you can make spread bets in tennis:

Moneylines are the most straightforward bet you can make on any sport. You are merely predicting who will win a singular game. As mentioned above, with futures, the odds on tennis moneylines aren’t usually very favorable.

This is due to the overall predictability of the sport. For example, if Rafael Nadal plays 51st ranked Richard Gasquet, the odds are going to be heavily in favor of Nadal. You could bet on Gasquet to win for a huge payout, but chances are, with a head-to-head record of 16-0 to Nadal, he is not going to win.

Over/Under bets work the same way in tennis as they do in any other sport. However, you bet on the total number of sets played in a match. For example, you can bet that there will be OVER 3 or UNDER 3 sets in a match.

With over unders, it is vital to pay attention to the differences between men’s and women’s tennis matches. Women’s matches usually consist of three-set, whereas men’s consist of five sets.

How to Read US Open Tennis Odds

Odds aren’t that difficult to understand even though some people are afraid of numbers. There are three formats used for displaying odds:

At most online sportsbooks, you can choose how you want your odds to be displayed. But for the sake of simplicity, we will be explaining the American/moneyline format as it is the default at many of the sportsbooks we recommend. (You can learn about the others in our dedicated odds guide).

So, when you visit an online sportsbook, odds will be displayed as follows:

To calculate how much you could win on betting on either of these two players, you need to look at the mathematical symbol next to the player’s name. Is it a plus or a minus?

After you have determined this, you can use the appropriate formula to calculate your winnings:

Generally, you don’t even really need to know these formulas, as sportsbooks will do all the calculations for you before you confirm your bet slip. All you need to know is that positive odds will get you more than even money, whereas negative odds will require you to bet more to get the same amount.

Here are some general tennis betting tips that will help you make better wagers on the US Open Grand Slam:

Learn about the players’ form going into the tournament before placing your bet. It’s wrong to assume that the big names will always do well. For example, although Roger Federer has won the US Open five times in a row before, he has lifted the trophy since 2008. A bet on him would be a bad idea.

Also, take calculated risks with lower-ranked players. For example, while many experts are positioning Coco Gauff to be the next big player in women’s tennis, be wary of blindly following the hype. Or, you could see your future bet go sideways in the First Round of the tournament.

As we mentioned earlier, tennis is a bit predictable. So, betting on big names won’t yield significant gains even if the player does win.

Although we cautioned bettors from blindly following the hype, you should be paying close attention to new players and making calculated risks.

For example, Serena Williams also saw early exits in her first years as a professional but still managed to win the US Open at 17. Coco Gauff may perform the same feat in the coming years as she gains experience if she follows the same trajectory.

Aside from rising stars, also look at fallen giants. For example, Scotsman Andy Murray went from being a World Number 1 to being ranked below 100. However, there are signs that he may be making a comeback. As such, there’s an opportunity to make some money there.

Be wary of someone claiming that a particular bet is a sure thing. While Rafael Nadal has won the French Open for the last nine years in a row, the US Open is a lot less predictable. The last decade has had five different winners, with no player winning consecutively.

Plainly stated, before you place any bet, you need to do your research. Even though tennis has been dominated a handful of players over the last few years, new names have still managed to win. So, unless you have a reason for a bet, instead save your money and let others be swallowed by the hype train.

Here are the winners for the men’s and women’s US Open singles events for the last 10 years:

Who is favorite to win US Open?

Where can I bet on the US Open?

How do you bet on the US Open and win big?

You need to look for value bets to win big on the US Open. This means staying away from betting on favorites and looking for unknown players who show promise and may go further in the tournament than expected.

Tennis betting can be profitable. However, you need to make sure that you are making calculated bets. If you consistently bet on favorites, expect to be very disappointed with your winnings.

How many days is the US Open?

The US Open usually runs for about two weeks. It starts in the last week of August and then runs until the second week of September.

How much is a ticket to the US Open?

The average price of a ticket to the US Open is $247. However, you can find tickets starting at $131.