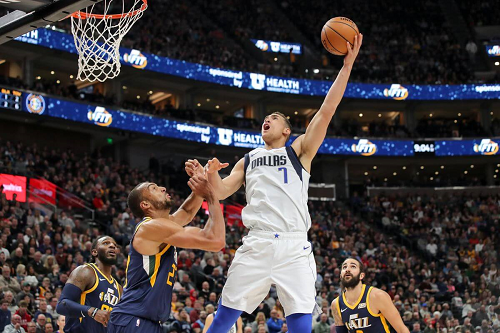 Utah Jazz will take on the Dallas Mavericks on Monday night. The Jazz was on the road on Sunday night as they took on the Rockets in Houston. On Friday night, Utah managed to get a final score of 117-114 win over Portland during a home game. Also, the Mavericks were able to beat Charlotte on Saturday night with a final score of 116-100 in an away game. In the all-time regular-season, Utah Jazz has a 101-73 advantage. The Jazz has been successful in achieving two straight wins, which add to the seven wins during eight meetings. This includes a win at home during their very first meeting on the 25th of January. They finished with a final score of 112-107.

Utah will be playing its second consecutive game this Monday night. This matchup is also their third game in four nights. This factor could take quite a toll on the team. However, the team in is good health, and it has top quality players in the offensive team. On the other hand, the Dallas Mavericks are going into this game without the assistance of Doncic. Other guys in the team will have to step up as Porzingis will be alone.

Utah Jazz Play final Back to Back Road Game Set

On Sunday night, the Jazz was on the road to face Houston. Utah entered the matchup against Houston ranking second in the Northwest Division. The team is three games behind the Nuggets for the number one spot. Utah is placed in the fourth position in the Western Conference run for the playoffs spot. This season the Jazz is 14-13 on the road. It has an average of 110.5 points for each game they play. Utah has outscored rival team by an average of 6 points per game.  In the NBA League Standings, Utah Jazz is ranked 16th when it comes to scoring offense with an average of 110.9 points for each game.

Dallas Mavericks Fighting to Keep Up in Southwest Division

The Mavericks have managed to win against Charlotte after losing two games before Sunday night. Dallas entered the Sunday match against Charlotte placed second in the Southwest Division. The team is 1.5 games behind the Rockets for the number one spot. The Dallas Mavericks are placed 7th when it comes to the Western Conference playoff spot. It is eight games behind the L.A Lakers and eight games ahead of Portland.

The Mavericks will enter the matchup against Utah Jazz with a ranking of 3rd place in the league when it comes to scoring offense. They are fourth in the lead where rebounding is concerned. Experts believe that Utah Jazz has an advantage in this matchup and as the Mavericks struggle with home games. And they are without their best player: Doncic.