The 2019 NFL season has just kicked off and Week 1 has seen some pretty surprising results and offense fails. While some teams managed to rack up some wins and execute some plays they’d only think to do so in practice, others very clearly saw team members make meme-worthy faces of despair (we’re looking at you Baker Mayfield)!

Some of the teams that saw some pretty terrible performances were extremely surprising given the hype going into the season, which has left both fans and sports bookies scratching their heads. Thus, we decided to rank some of the biggest offense fails seen in the opening week of the 2019 season.

Does anyone remember how the Cleveland Browns were hyped up to be one of the big favorites to take the Super Bowl before the season started? Well, we do, and their Week 1 performance in no way does that excitement any justice. In fact, this poor performance has many on our staff team thinking that the team is probably going to see yet another losing season, in true Browns fashion.

Everyone thought that Baker Mayfield and Odell Beckham JR. were a match that was going to lead the team to victories. However, the Tennessee Titans steamrolled them 43-13 in their Week 1 match-up, which proved simply wonderful.

Although the game started off well, and seemed very competitive for the first three quarters, it all turned with Mayfield registering three interceptions in the fourth quarter and the Titans converting a rather unlikely 75-yard screen pass.

All-in-all, it definitely does not look good for the Browns, and Mayfield is probably wishing he could take back what he said about Daniel Jones. 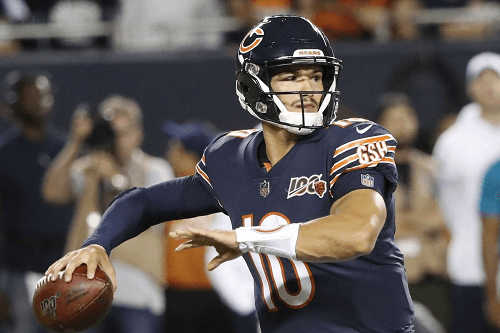 If you’re a Green Bay Packers fan, you probably just think that the Chicago Bears are a slightly more competitive Cleveland Browns outfit – a team that has basically been all bark and no bite in the 30 years since they won the Super Bowl. While, the team is looking fit defensively, the offense seems to be screaming at starting quarterback Mitchell Trubisky to pick up his game.

Trubisky landed 26 of the 48 passes he threw against the Packers, gained one interception, and no touchdowns. It also seems that the best he can do is throw for 20 yards, and that anything over is likely to be a probably miss or interception. He also showed that under pressure, he is unlikely to find a probable solution.

The sad thing is that Bears fans can’t even blame this all on Trubisky as his offensive line failed to keep the pressure off him, creating for situation where he would constantly have to make quick decisions, which is going to let up some time or another.

We’d say that unless Matt Nagy is able to improve this situation, Bears fans can expect a rather on-off season, with more misses than they’d like. 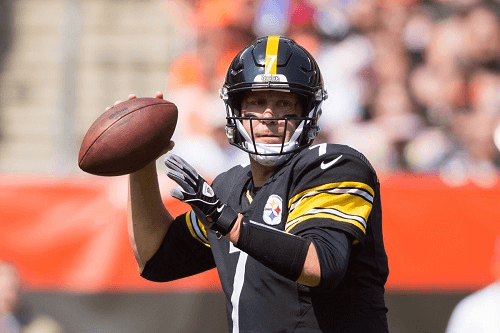 Antonio Brown must have been smiling in front of his television during the Patriots-Steelers game (if he wasn’t in the middle of contract negotiations that is). Ben Roethlisberger leadership skills have been called into question before the season started, and now it seems that there may have been some reason to do so.

Roethlisberger and his receivers were clearly not on the same page, with the quarterback going 27 for 47 and registering an interception to boot. The team seems pretty useless in taking the ball forward, which pretty much explains the 33-3 thrashing. It did not help that they were playing against a New England Patriots side that is dominating offensively and defensively.

The Steelers have never quite been so terrible with Roethlisberger at the helm, so this is a pretty shocking defeat. It’s hard to say that such form is going to continue at this moment, but we’d still refrain from putting any good money on them to win the Super Bowl (or even their Week 2 match-up.)

Which team do you think posted the worst Week 1 offense fail? For more on the latest NFL betting news, make sure to keep it here at Gambling360.com.