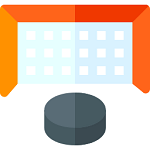 Like all other fantasy sports, fantasy hockey games in the United States see players assemble a virtual team of real players in a real league. It goes without saying that the most popular US fantasy hockey leagues revolve around the National Hockey League (NHL), but there are some others too for fans who can’t just get enough of hockey.

Overall, fantasy hockey betting is probably one of the most popular fantasy sports in the United States, ranking far above the likes of fantasy golf and UFC. Each season sees thousands of players across the country build a team to all others to be named the best.

If you’re interested in learning more about fantasy hockey, you sure have come to the right place. Below we have a look at what the game is, how it is played as well as provide a fantasy hockey mock draft strategy to keep in mind when joining a league. In addition to all this, we also provide a list of the best fantasy hockey sites in the United States, so you can find a game that fits your needs. So, read on, and let Gambling360.com be your guide to all things fantasy sports betting.

Are you a fan that is in the know of all the latest fantasy hockey rankings throughout the NHL season? Do you think you can build a team better than any coach on the line? Well, then put your theories to the test in one of the leagues featured at the fantasy hockey websites down below.

What You’ll Find In Our Fantasy Hockey Guide

How to Play Fantasy Hockey

Fantasy hockey games give players the role of team manager, as they try to create the best squad of players possible with the set limitations. A team generally consists of centers, wingers, defensemen, goalies and a utility. The team set up varies with each league. As the team manager, you are given a budget to pick your team while staying under the budget cap. Depending on what platform and what league you’re in, the budget cap will vary.

Each player’s score in fantasy hockey is based on their real-life performances. After each game, a player’s performance is analyzed and turned into points using a standardized point system. Throughout the season, players’ salaries are kept up to date depending on their performance from game to game. Team managers then draft, trade or drop players based on their abilities just like in real hockey.

Once players have assembled their teams and have completed their NHL fantasy hockey mock draft, they will be able to compete against other teams. Hopefully, they have made wise choices and their team wins them some good prizes. 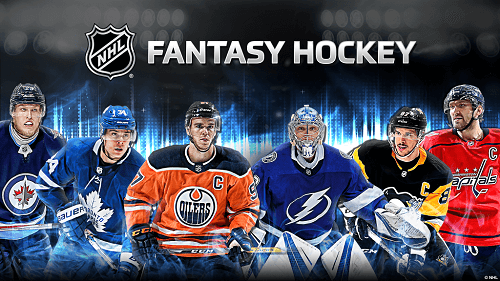 Looking for some good free fantasy hockey advice? Well, read on down below. Our tips are sure to help you build a better team!

Each player in your fantasy team can earn points for their performances, but different actions earn a varying number of points. In addition, each fantasy hockey platform scores players in different ways. Below is an outline of the point scoring systems of the most popular platforms: ESPN, DraftKings and Yahoo.