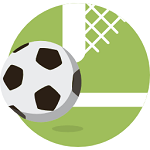 Fantasy soccer betting has never really been as profitable in the United States as it has in Europe, but in recent years, it really has taken off. With soccer pretty much being the world’s most popular sport, there are loads of fantasy leagues available to US bettors to join, including MLS fantasy soccer options if betting on something closer to home is more important to you. Basically, as with all fantasy sports, creating an imaginary team of real-life players just makes the game even more thrilling and engaging.

If you would like to learn more about fantasy soccer leagues, make sure to keep reading. We have crafted the ultimate fantasy soccer guide down below, where we aim to provide some top fantasy soccer advice as well as point you in the direction of some great fantasy sports websites like DraftKings, where you can play in either daily or season long leagues. So, read on and learn all you need to know about this wonderous online gambling activity.

Looking to put your daily fantasy soccer picks to the test? Maybe, you just want to show a friend you really know your stuff? Well, you can test out your knowledge at any one of the fantasy football soccer sportsbooks listed down below.

What You’ll Find In Our Fantasy Soccer Guide

Fantasy soccer rules are pretty much the same wherever you choose to play. It’s about creating a roster of players, earning points based on the players’ performances, and becoming champion of the  league you are playing in. It’s almost like owning your own soccer club.

The only thing that really changes is the sports betting site‘s scoring system used by the platform players choose to use. For example, DraftKings.com may give players more points for a goal than Yahoo does.

If you’re new to fantasy soccer football, it may be difficult to figure out which sites offering leagues are trustworthy or the best. Well, we’ve rounded up the some of the top fantasy sports betting sites to place your bets on. 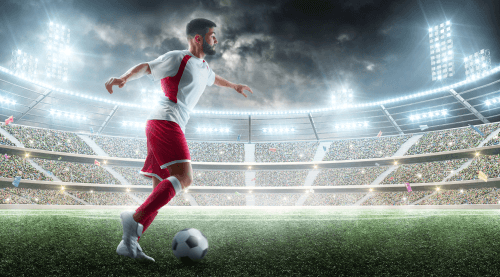 There are a number of fantasy soccer tips you need to keep in mind when building your team if you are going to be in any way competitive. Some of the most important include the following:

A lot of research needs to be done before you can build a strong roster of players. This makes navigating through a fantasy soccer draft, which we’ll cover below, a bit complex.

This begins with a bankroll, which can be set to any amount depending on the league you have joined. Players use this to buy their players for their team. You can spend less than or the whole bankroll but never more. There are a couple of different rules when it comes to drafting. But, the more common ones include:

Due to the fact that scoring systems differ according to the games, you must study them well before creating a roster. Usually, points are awarded for the following:

Your team will lose points for the following: 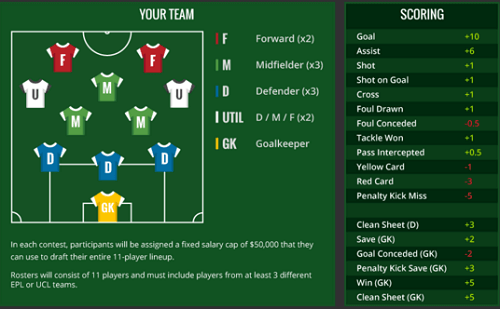 The main point of fantasy soccer betting is to create your own team that will go up against other teams in your league. The team with the most points at the end of a season wins.

There are public leagues and private leagues. The first kind of league – public leagues – are open to anyone. They are a good place for new players to practice. Once you’ve gained experience, you can create a private league and challenge friends or other seasoned players.

With Major League Soccer being the premier North American soccer league, we decided to pay a little extra attention to it.  It’s made up of 24 teams – 21 from the US and 3 from Canada. With the growing popularity of this league, US fantasy sports fanatics now have a local league to base their picks on.

Is fantasy soccer betting legal in the US?

How do I learn fantasy soccer?

There are many websites, like ours, that offer free guidance on fantasy soccer. Additionally, you can ask a friend or family member into fantasy soccer to invite you into a league and be your mentor.

Is there a free version of fantasy soccer?

You’ll find free version to play for fun at all major fantasy sports betting sites. However, you can’t win any real money. Play as much as you like to get yourself better at the game. Once you’re confident with your newly acquired skills, you can move into the real money mode.