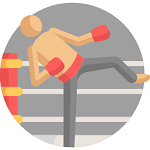 Fantasy UFC leagues have become incredibly popular in the United States since the Mixed-Martial Arts (MMA) promotion’s rise in prominence. Fights in the UFC are already pretty electrifying as some of the world’s greatest fighters take to the octagon to battle it out and be named best in the world. It is unsurprising then that the MMA promotion has garnered an ardent following filled with fans who know everything there is to know about top fighters. Naturally, a fantasy game surrounding the excitement was created to take advantage of this new knowledge area.

If you would like to learn more about MMA fantasy betting, then you really have come to the right place. Below we have a good look at how these leagues work and the factors to consider when building your UFC fantasy lineup. We also provide a list of online gambling sites with top leagues. So, read on and learn all you need to about this exciting form of fantasy sports betting.

Looking to test out your MMA fantasy picks for the latest upcoming UFC events? Be sure to have a look at the sportsbooks listed below. Sign up today and get ahead in your league!

What You’ll Find In Our Fantasy UFC Guide

How to Play Fantasy MMA Games

Although players will find that most UFC fantasy leagues deviate when it comes to scoring systems, they all tend to focus on the same areas of the sport. One sports betting site may just, for example, award more points for a takedown than another.

In general, when you join a fantasy league, you will be given a salary with which to buy players – in this case, UFC fighters. It is always important to remember that you can spend less money than you have available but you can never go over the provided salary cap. Depending on the league, you will be required to buy a set number of fighters to fill up your squad. (For example, at DraftKings, the number is usually set at five.)

These fighters will earn and lose points for performing specific actions in real-life matches. Below we have listed the actions that most fantasy leagues focus on:

Players need to focus on picking fighters who will be able to rack up the most possible points. Often, this does not only mean picking fighters that will win their bouts but also choosing those who are able to garner extra points through performing particular combat maneuvers throughout the match-up.

The player who is able to collect the most points with their team over the course of an event will win the prize associated with the league that they are playing in. 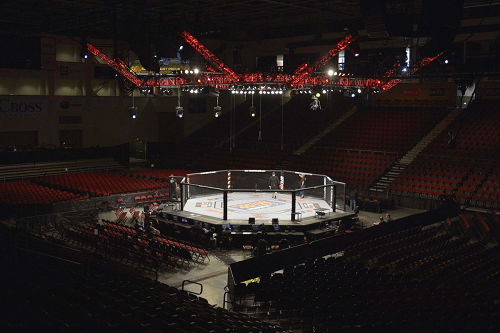 So, how do you put together the perfect MMA fantasy sports betting team? Well, we always suggest starting with the weight classes. This will help you to keep your bets separate, and keep in line with real matches. To make things easier, we’ve listed all of the classes in the UFC.

Many US bettors are on the lookout for some solid UFC fantasy advice to get the edge over their opponents in online matchups. While we can’t guarantee that the advice we provide will get you wins, it will definitely make you think more strategically during an MMA fantasy draft. So, have a look, and start building better UFC fantasy teams now.