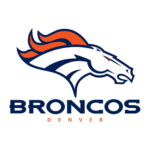 Denver Broncos betting has proven to be erratic over the last few years. After two relatively recent Super Bowl appearances, the team has posted poor performances in recent National Football League (NFL) seasons that has seen them fail to make it to the playoffs or even post relatively acceptable performances in the AFC West these last few years. However, many US bettors believe that the team, who is considered by many to be one of the best in the league, may be on the cusp of success.

If you are looking to place a bet on the Denver Broncos, you have come to the right place. Below we have got a Broncos betting guide that covers all the need to know wagering areas of the popular NFL team. This includes a discussion on their odds to win the Super Bowl, a look at their performance history and some interesting things to keep in mind when placing future wagers on the team at online gambling sites in USA. So, read on and start making better Broncos bets today!

Bet on the Denver Broncos Here

Find the best Denver Broncos betting odds at one of the sportsbooks listed down below! They have got great odds on all popular NFL betting options.

What You’ll Find In Our Denver Broncos Guide

The Denver Broncos performance in recent seasons hasn’t really inspired any confidence in sports betting sites. The team has failed to make the playoffs three years in a row and have suffered losing seasons in the last two.

Although these poor results have led to changes in personnel, with quarterback Joe Flacco being one notable addition to the squad, this has done little to inspire hope in bookies. That said, this could be good news for spot bettors looking to make some good money on sharp odds. The team’s coach Vic Fangio is a defensive marvel and many are hoping that he will be able to use his expertise to create a winning squad that lets very little through.

Our experts believe that unless you are a dedicated Broncos fan, US bettors should wait until the season starts to see what to expect from the Broncos. It is currently predicted that they will be finishing last in the AFC West, but this could easily change. (Remember that they are one of the most successful NFL teams since the merger.)

The Denver Broncos was founded in 1959 as a charter team in the American Football League (AFL). They were assigned to the AFC after the AFL merged with the NFL in 1970. In their early days, the Broncos weren’t considered a particularly successful team. This changed after the 1973 season though.

Since then, the team has posted winning seasons in all but eight seasons in the NFL. The team was particularly successful throughout the 1980s and 1990s with the legendary John Elway at quarterback. During this period, the team made it to five Super Bowls, winning two back to back in 1997 and 1998.

Following this period of success, the Broncos took some time before they would see any real wins in the playoffs again, only making it to the AFC Championship game again in 2005 and then failing to make the playoffs again until 2011 after that. The team definitely saw a big change after the arrival of Peyton Manning.

Following the arrival of Manning, the Broncos were successful in making to the divisional playoffs 2012, and 2014. In 2013, they made it to the Super Bowl XLVIII finals but they lost to the Seattle Seahawks. However, in 2015, the team won the Super Bowl 50, beating the Carolina Panthers.

Following Manning’s retirement, the team has struggled to retain its winning form, but the evidence is there that the team is still somewhat of dark horse that may just surprise bettors with a good Super Bowl run. 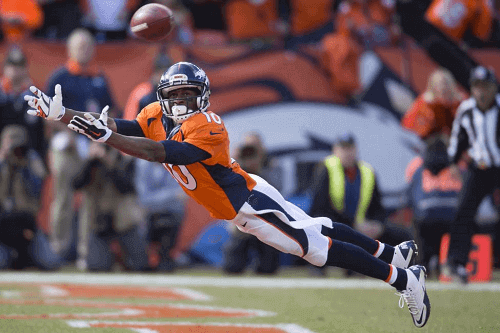 Before you make any futures on the Denver Broncos, have a look at some of the facts listed down below. They may help you make better bets: