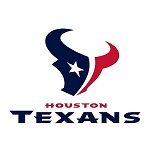 Houston Texans betting has never really been as Dallas Cowboys betting but United States bettors can be sure that millions of dollars are still wagered on the newest National Football League (NFL) team each and every year. Although the team struggled quite a bit in their early years, they have won a few AFC South division titles in recent years. Despite this, they are still the only team in the league to have never made it to a conference championship game, which has made it easy to bet against them reaching the Super Bowl in recent years.

If US bettors would like to learn more about betting on this relatively young NFL team, they have come to the right place. Below we have a look at the Houston Texans Super Bowl odds, their overall performance history and some crucial stats. So, read on and learn more about betting on the Texans at US online gambling sites. Who knows; perhaps, the time of the Houston Texans is coming up on the horizon soon though?

Bet on the Houston Texans Here

If you’re looking to place a bet on the Houston Texans, look no further than the sportsbooks listed here. They truly have some of the best odds on Texans games.

What You’ll Find In Our Houston Texans Guide

The Houston Texans are coming off a pretty strong 2018 season, having won the AFC South but bowing out of the playoffs in the wild card playoffs against divisional rivals the Indianapolis Colts. While the Texans are looking to improve on that performance, and have been looking strong in practices, bookies aren’t really putting all that much money on the team making it all the way to the Super Bowl.

In fact, most sports betting sites have pretty much put them squarely in the middle of all teams in the league to win this year. While it is debatable whether the Texans will find strong opposition in the AFC South this year, they have historically been pretty terrible in the playoffs. A bet on the team to win the division may be sensible, but a future bet on the Super Bowl may be asking a bit much.

We say be wary of placing a future to soon on the Texans. It may be better to have a look at how the team is performing this year before placing any sort of future, particularly as there are no strong indications that the team is going to be particularly competitive this year.

As already previously mentioned, the Houston Texans are one of the newest teams in the NFL. Partly due to this fact, the team does not really have a rich history filled with championship victories. They really still are waiting on a big Conference and Super Bowl win. This is understandable as it is hard to get started in one of the most competitive sports in the world.

Early seasons in the team’s history were plagued by poor performance and league records that had more losses than wins. However, towards the mid-2000s, this began to change and the team began seeing more even win-loss ratios.

The Houston Texans have seen some actual success this last decade, taking four AFC South Division championships home (the most recent being that of 2016). However, they have yet to make it to a Conference Championship game, often bowing out at the divisional playoffs (the New England Patriots have proven to be a pretty tough team to beat).

With the team performing relatively well in recent years, perhaps it won’t be long before the Houston Texans have their hands on the Vince Lombardi Trophy. 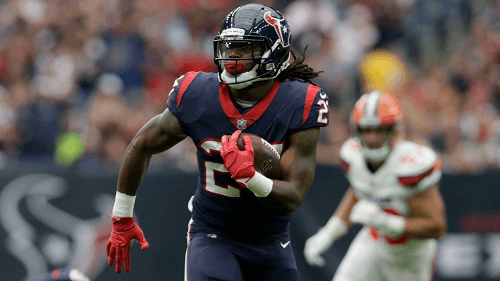 Before placing your wager on the Houston Texans, make sure to take note of these crucial team facts: