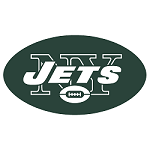 New York Jets betting hasn’t really been all that fruitful in recent years. The team is one of two National Football League (NFL) sides from the New York metropolitan area, and it is very clear that they are the less successful of the two. Since being formed in 1959, the Jets have won just a single Super Bowl title and the victory occurred some fifty years ago. Unfortunately, the team’s recent form has been rather disappointing with only one American Football Conference (AFC) playoff appearance in the last decade. Thus, we don’t really recommend betting on the team.

But, alas, if US bettors are still keen on betting this famously unlucky NFL team, make sure to read on down below. In our guide, we highlight all gamblers need to know about betting on the New York Jets at online gambling sites, including their recent performance history and their odds to win the Super Bowl this season.

Looking for some good odds on the next NY Jets game? Have a look at the offers available at the sportsbooks listed below. You are sure to find something of interest there.

What You’ll Find In Our New York Jets Guide

With the New York Jets coming off a 4-12 season last year, sports betting sites aren’t giving the team great odds to win the Super Bowl. Despite some good performances from rookie quarterback Sam Darnold, it still seems that the team has a long way to go if they are ever going to be competitive in the league.

One step in the right direction would definitely adding more standout players to their roster. Even though the team has added defensive lineman Quinnen Williams to their squad and extended the contract of versatile cornerback Darryl Roberts, it is unclear whether or not this will improve their defensive game. Should this improve, the team will surely be more competitive.

The Jets are a bit of a wild card. Overall, given their history, we wouldn’t recommend betting on them. However, that stated, teams with a terrible prior season have gone on to win the Super Bowl in the next, such as the Philadelphia Eagles. Thus, there is a chance that the New York Jets could hit their stride this year; we just aren’t counting on it given their prior history and the New England Patriots continuing dominance within the NFL‘s AFC East.

Check Out Our Other NFL AFC Guides

Betting on a New York Jets Super Bowl victory hasn’t exactly been fruitful these past few years. Despite being a rather consistent side, the team has failed to make it past the division round each season since 2010. In addition, although they have made it to the AFC Conference Championship game twice, they have not won the title yet. (Although the Jets won the Super Bowl in 1968, the tournament had a different format back then that did not include Championship games).

The team has been looking at making a good go of it. In 2015, coach Todd Bowles was hired to help the side refocus. While the team never made the playoffs under Bowles’ reign, although it did seem as if overall performance was improving on some fronts. Sam Darnold at the very least seems like he may be a good quarterback to lead the team in future.

At the end of the 2018 season, Bowles was fired and replaced by Adam Gase, despite his terrible record at the Miami Dolphins. It will be interesting to see whether or not Gase is able to put together a winning team in New York.

Sportsbooks have taken notice of the fact that the Jets have exactly put out stellar performances recently. Thus, betting on the team is sure to gift players with some odds that will pay out wonderfully should lift the Vince Lombardy trophy at the end of the season. If that seems too risky for you, you may want to place a good player-based prop bet. 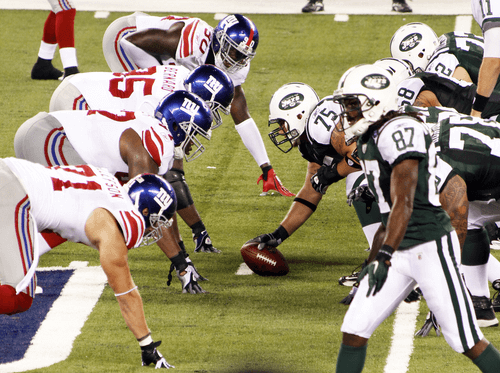 If you are keen on making some future bets on the New York Jets, make sure to keep some of the facts and stats in mind: