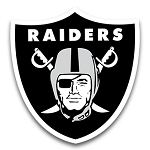 Although Oakland Raiders betting hasn’t really factored in to California NFL betting for a few years now, the option remains there for all US bettors interested in such wagers. Although the team is soon due to relocate to Las Vegas, they have long been considered one of the most popular team’s in the Golden State, having made multiple areas in the state their home over the years. This has resulted in loads of fans backing the team, and many of them placing wagers at US online gambling sites each and every year, despite the team falling on hard times.

If you would like to place a bet on this famous NFL team, make sure to keep reading our guide down below. There we have a look at a load of different factors that may influence a bettor’s desire to place a wager on the team, including the Raiders overall performance history, their odds to win the Super Bowl and some interesting betting odds and facts. So, read on and find out why it may not exactly be the best time to bet on the Oakland Raiders.

Bet on the Oakland Raiders Here

Looking for the best Raiders odds? Then, make sure to have a good look at the sportsbooks below. Not only do they offer bettors some of the best odds available on NFL games, they also have the widest variety of betting lines too!

What You’ll Find In Our Oakland Raiders Guide

The Oakland Raiders have not exactly been the most reliable betting option in recent years. In the last fifteen years or so, the team has made it to the playoffs twice, and placed fourth in the AFC West last season. Understandably, sports betting sites aren’t really favoring the team to do particularly well this year.

Jon Gruden was rehired as head coach in 2018, but he hasn’t really seemed to improve the team’s performance as they still finished 4-12. Fans are hoping that Gruden will be able to get the team back to the form they were in during his previous coaching spell between 1998 and 2001, but it doesn’t seem like that this will be able to happen without a few years of team building first.

Overall, we wouldn’t recommend placing a future on the Raiders this year. Their performances have shown little promise, despite acquiring Antonio Brown. If you’re really set on picking them though, we’d recommend waiting a few games to see whether or not their performance has improved from last year.

The Oakland Raiders were formed in 1960 as one of the charter teams in the American Football League. The team struggled in their early years, suffering many losing seasons, but began to pick up halfway through the 1960s. In 1967, the team was able to pick up their first and only AFL Championship win.

In 1970, the NFL merged with the AFL, and the Raiders were assigned to the American Football Conference. After the merger begun a period of great dominance for the Raiders who would battle it out against the Pittsburgh Steelers to be named the best team in the AFC for much of the decade. John Madden, who was appointed head coach in 1969, was credited with much of team’s success. Under Madden’s leadership never suffered a losing season, and won their first Super Bowl title in 1976.

Following Madden’s retirement in 1979, the team hired Tom Flores, who would go on to lead the team to their second and third Super Bowl titles in 1980 and 1983 respectively. During this period, the team also moved to Los Angeles, where they would struggle after their 1983 Super Bowl to make any good runs for the title. Between 1985 and 1989, they would make no appearances in the playoffs.

The Raiders would then go through random spells of success, including the beginning of the 90s and 00s. Since 2002, they have struggled to make any progress towards adding to their Super Bowl wins. Their only playoff appearance in the last 15 or so years came in 2016. Fans are hoping that the return of Jon Gruden will result in a change of fortune. 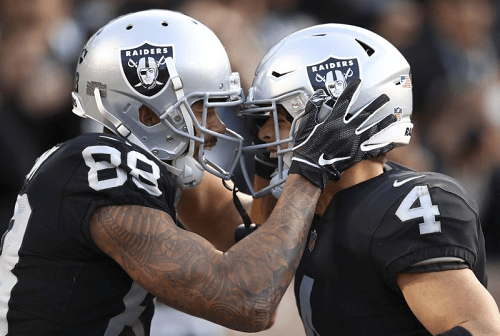 If you are looking to bet on the Oakland Raiders this season, you may want to keep the following stats and facts in mind: