Seattle Seahawks betting has been rather profitable in recent years, with the team looking like a rather good contender to win the NFL’s Super Bowl in many of the seasons played throughout the last decade. For much of the last decade, they have appeared frequently in the NFC divisional playoffs and have won the NFC West three times in the last six years. They also haven’t posted a losing season in more than eight years. It is thus unsurprising that sportsbooks have viewed them so favorably to at least make it to playoffs in the past few seasons. 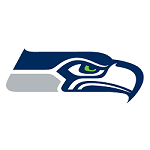 If you would like to learn more about betting on Seattle’s favorite football team, make sure to keep on reading. Below we have a look at the Seattle Seahawk’s odds to win the NFC and Super Bowl, as well as their overall performance history. We also provide US bettors with a list of online gambling sites with the best betting lines and odds on Seahawks games. So, read on and start making the best bets now!

Think the ‘Hawks have a chance of getting themselves another Super Bowl title? Get the best odds at any of the sports betting sites listed below:

What You’ll Find In Our Seattle Seahawks Guide

The Seattle Seahawks are coming off a National Football League season which saw them make it to the playoffs as a wild card team, and post  an overall record of 10-6. Many sportsbooks believe that the team probably has what it takes to make it to the playoffs this season, but the odds are stacked against them in relation to winning the NFC West and Super Bowl as a whole for a couple of reasons.

Secondly, players in the Seahawks previously referred to the team as the “Titanic” in recent seasons, which probably indicates that there are some disagreements between key parties at the team that are affecting performance.

Overall, we still believe that the Seahawks are a very competitive team. That said though, we don’t know if they are real Super Bowl contenders this year. We wouldn’t recommend trying to get in early on a future on the team, but if you see that they’re performing better than initial expectations, why not? 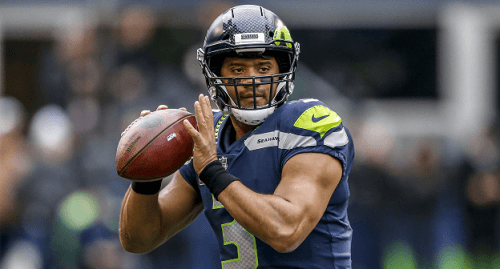 The Seattle Seahawks joined the NFL in 1976, starting first in the National Football Conference and then being assigned to the American Football Conference the next season. The team struggled for much of its early years, only making it to the playoffs for the first time in the 1983 season, where they made it all the way to the AFC Championship game only to be knocked out by eventual Super Bowl winners, the Oakland Raiders.

The team would make it to the playoffs three more times during the 1980s before entering a dry spell that lasted for a decade in 1988. The team’s last achievement in the AFC would be a division win. Following the 2002 NFL re-alignment, the team would be reassigned to the NFC West to play against team that were geographically closer to them, including the San Francisco 49ers and Arizona Cardinals.

Following the realignment, the team has appeared in the playoffs very frequently, going so far as to make it to the Super Bowl for the first time ever in the 2005 season, where they would unfortunately lose to the Pittsburgh Steelers. The team would make it to the divisional playoffs two years in a row after that before suffering their first losing season in five years, which resulted in the dismissal of head coach Mike Holmgren.

In 2010, the team hired head coach Pete Carroll who would turn them into a very competitive force. The Seahawks made back-to-back Super Bowl appearances in the 2013 and 2014 seasons, winning in the former of these two appearances. Since then, the team has been good bet to make it to the playoffs, but not so much win the biggest trophy in football.

Check Out Our Other NFL NFC Guides

Before you place that early future on the Seattle Seahawks, make sure to have a good look at some of the below listed facts and stats: