Betting Home Underdogs in the NFL 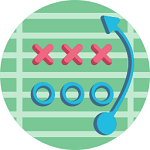 One of the most popular NFL betting strategies is the home underdogs theory. This is a strategy where you bet on a home team that sportsbooks have declared the underdog to win an upcoming game.

Supposedly, you take advantage of higher odds because you are betting against the public. Also, teams who play at home usually have a statistical advantage. However, there has been a lot of debate over whether betting on home underdogs is a reliable gambling strategy.

Firstly, blindly betting on the underdogs (or pups as they’re affectionately known as) is never recommended. Generally, unresearched bets usually result in losses. Secondly, oddsmakers get the spread correct on average 98% of the time. So, is there still any value to be found in these bets?

Well, we have created the ultimate guide to betting home underdogs where we have a look at:

We also list all the best online gambling sites, so that you can get started on betting as soon as you feel ready should you choose to use this strategy.

Bet on the NFL Here

What You’ll Find In Our Home Underdogs Guide

What is Home Underdog Betting?

As mentioned above, betting home underdogs is a strategy where you bet on a home team to win a game even though the team was labelled an underdog.

The term “underdog” is used to refer to a team that is predicted to lose the game. The team which is thought to have a better chance of winning a game is called a “favorite”.

Before setting the line, oddsmakers have a look at a wide range of statistics other than team or player form. They then crunch the numbers and decide on the result that is more likely and set lines with the intention of getting gamblers to spread their bets evenly between options.

Home-field advantage has proven to be an important factor impacting the performance of a team. Usually, teams are more likely to win in front of their home crowd. So, a lot of gamblers look to exploit situations in which the home team has been pegged to perform poorly because teams have a legitimate chance of beating the spread in such cases.

Betting home underdogs can be risky. But if a team performs outstandingly against all odds, you could win big!

However, you can’t bet on just any team that has been declared an underdog while playing at home. You need to look for situations where the underdog does have a chance of winning or else you are just going to deplete your bankroll quickly.

For example, in 2019, the Miami Dolphins had a terrible season. Entering Week 9, they had a record of 0-7. But in their next game, they were scheduled to play the New York Jets, another struggling team with a record of 1-6.

The Jets were favored to beat the Dolphins with Sam Darnold having recently returned from illness. The Jets had also recently picked up a win over the Dallas Cowboys who were a strong team.

But in the end, it was the Dolphins who reigned victorious at the end of the game in the Hard Rock Stadium. They beat the Jets 26–18 for their first win of the season despite rumors of the Dolphins tanking on purpose for draft picks.

These are the types of situations you need to be looking for if you want to make the most of the betting home underdogs strategy.

Here is how each team performed against the spread during the 2019-20 NFL regular season. As can be seen, the Chiefs were the best team to bet on ATS, whereas the Bears were the worst.

Here are two scenarios which you should consider when looking for more home underdog opportunities:

Division games breed contempt between the two teams involved. Often, this results in some very tough and physical games. Add to this the electricity of rival crowds, and you have got yourself a tense football game.

Struggling teams seem to want to play better when they play their rivals. Our value bet example perfectly illustrates this. So, look for possible money on rivalry games.

Another scenario is when the underdogs play their second straight game on their home turf. Generally, they are more comfortable and focused than in the last game. Couple this with the fact that the team is rested because they didn’t have to travel, and you may have a golden opportunity.

Another element that could make the home pups more dangerous is if they had lost their previous game. No team wants to suffer a second loss in front of their home crowd. So, they’ll be motivated to win, especially in a high-profile league like the NFL.

What does underdog mean in betting?

“Underdog” is the term used to refer to the team that is thought to be more likely to lose the game.

Is it better to bet on the underdog?

This depends on the situation. Sportsbooks usually label a team an underdog for a reason. So, although you will get more money by betting the underdog if your bet wins, sometimes, it just isn’t worth it because the team has no chance of winning the game.
Thus, you need to do your research to look for opportunities where the underdog does actually stand a fairly good chance of winning.

What percentage of home underdogs cover in NFL?

Statistics show that between 2006 and 2018, home underdogs covered a total of 48.62% of the time. This is less than half of all betting opportunities.

How do underdogs win?

Usually, most underdog teams win by focusing on the weaknesses of their competitors. For example, if the quarterback in the favored team isn’t great under pressure, the underdog team may focus on running blitzes to force incomplete or bad passes.

What is underdog mentality?

Underdog mentality is the idea that because a team has nothing to lose, they will play without fear or pressure. As such, they have a greater chance of winning a game because of the absence of this pressure.

It has been suggested that the reason people may enjoy rooting for an underdog is that it is easier to identify with a team that doesn’t win all the time versus one that does. It has also been stated that people may also be unconsciously jealous of the success of the favorite.