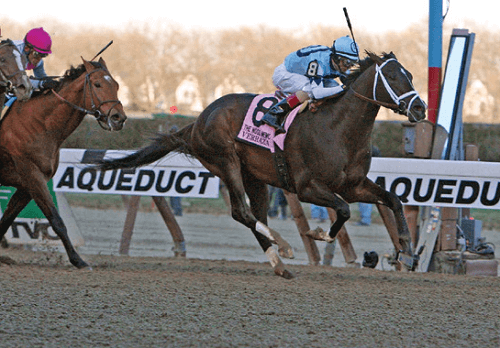 Let’s take a look at the best online gambling sites at the Big A, entries and free picks at the racetrack, and some notable Aqueduct Racetrack results over the years.

American horse racing betting fanatics no longer have to leave their homes and face the frigid New York October to April temperatures to place bets. There are some great online racebooks accepting bets on the Aqueduct Racetrack. We’ve listed some of the best bookies for horse racing open to bettors from the United States.

They offer the best bonuses, odds, and loyalty programs if you stick with them.

What You’ll Find In Our Aqueduct Racetrack Guide

Races at the Aqueduct Racetrack run from October to April. The event features more race dates than any of the other racetracks in New York. Also, the Big A is considered to be one of the best sports betting venues but because of the season, it prevents most people from experiencing the on-track excitement. Thanks to the growing market of horse racing bookies online, horse race betting is now more accessible.

There are five marquee races that take place at the Aqueduct Racetrack. Let’s take a look at these below: 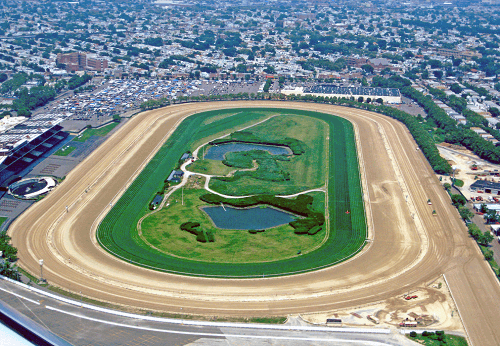 Best Free Picks at the Big A

One thing horse racing bettors need to keep in mind is that tracks have biases and tendencies that can be used as an advantage in picking horses. The racetrack at Aqueduct has a layout with two dirt tracks with an inner and outer shape. The outer one is used during the colder months of December, January, February, and March. Meanwhile, Aqueduct Racetrack’s inner course is kind to horses with early speed or those that gain momentum from the gate and maintain it throughout the run.

Let’s take a look at some of the most notable bets US bettors can place at the Aqueduct. The Aqueduct Racetrack results often give great multi-race payouts, especially in the Pick 4 and Pick 6 pools.

A great aspect of this type of bet is in its structure.

Check Out Our Other Horse Racing Track Guides

Aqueduct Racetrack Results Over the Years

The Big A has had many legendary horses win races on its tracks. Cigar, who the Cigar Mile was named after, won in 1994 when it was still the New York Racing Association (NYRA) Mile. Cigar had racked up 16 consecutive wins.