Monday’s set of Madden NFL simulations has got a big NFC clash with the New Orleans Saints visiting the Philadelphia Eagles. The Saints come into this one with a big win over the Pittsburgh Steelers, which saw them score 50 points. With some star players on both offense and defense, the Saints have a good chance of running Pennsylvania dry with a win over the Eagles.

The Philadelphia Eagles have got some great players on their squad, but they are susceptible to picking up losses when facing fierce opposition. They come into this game off a loss to the Atlanta Falcons. Although they were not blown out in that game, it does show that they are beatable. Who will win in this classic matchup? 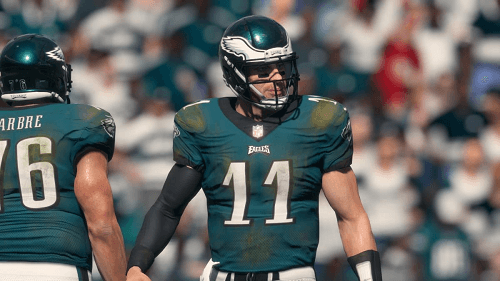 Before we give you our prediction, here is a quick look at some of the stats in this one:

So, this a hard one because both teams have strong squads. However, the Saints had a better season this year, and the Eagles seem to be susceptible to random losses. The problem, though, is that the Eagles seem to come up tops in big games quite often.

That said, we think that Saints are the team to go with on this one. They have a solid squad and seem to connect more often than not. Following the Saints performances in previous matches, we also think that it might be a good idea to try the over in this one.