In tonight’s list of simulations, we’ve got the Cleveland Browns travelling to Wisconsin to take on the Green Bay Packers. This is going to be a tough one to call due to the inconsistency of the Cleveland Browns. While the Packers are very strong offensively, sometimes their defensive line-up looks a little shaky, which the Browns would be able to exploit. If they are playing well that is.

The issue with the Browns squad in this video game very much mirrors their issues in real-life. They pick up random wins over big teams (like the Baltimore Ravens), which gives you hope for a turnaround. But then they dash those hopes again by losing dismally in their next game. We’re inclined to go with the Packers on this one, but is the decision really that easy? 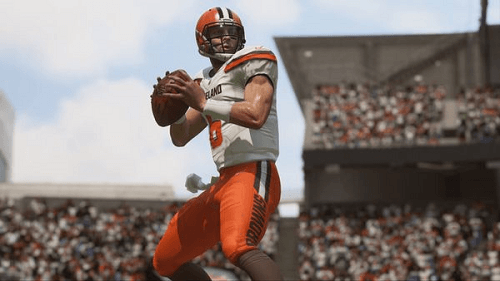 Let’s look at some of the stats of both of the teams in this matchup:

We don’t really like betting on matches featuring the Cleveland Browns. Games featuring the team are usually unpredictable because the team sometimes plays the way everyone expected them tobefore the 2019 season began.

That said, we think that the Packers have been a little too consistent in these simulations to be overrun by the Browns. So, we say stick the Packers for the spread bet. We think they’re good for it.

If you would like to bet on this game, make sure to visit BetOnline.ag. They run Madden simulations every day!