In tonight’s line-up of Madden NFL simulations, we have got the Indianapolis Colts at the Jacksonville Jaguars for what is sure to be a close game. Both teams don’t exactly have the best squads with some big problems in the quarterback position if you look at the player ratings of Colts’ starter Jacoby Brissett and Jaguars’ starter and backup Nick Foles and Gardner Minshew II. It seems that the result of this one will be determined by the performance of other players.

The Colts come into this one with a record of 1-1 and a win over the Houston Texans who have a much stronger squad than the Jaguars. The Jaguars go into the game following a win over the Tennessee Titans, which also sort of proves that they have what it takes to beat stronger sides. So, which team will take this one today in this pending simulation? 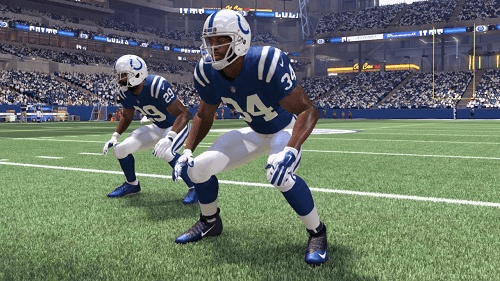 While it is always challenging to determine the result of simulations, here are some factors we took into consideration while making our prediction:

When looking at ratings, it is plain to see that the Colts are the better squad here. However, if the better-rated team always won every game, sportsbooks wouldn’t be proving lines on these games. That said, we think that the Colts are a more balanced squad than the Jaguars, and this is going to seem them pull through. So, go for a Colts moneyline or spread if you are feeling lucky.

Looking to bet on this game? Well, you can do so at Bovada. Join us to get some exclusive bonuses!