Minnesota Wild odds for postseason games have never been particularly favorable. The team has never really experienced all that much success, with their only accolade being a single division win. That has not stopped fans of the team hoping that fortunes will change sometime in the near future, despite all the disappointing results. After all, the team has a very short history in the league, thus it is very possible that their fortunes could change in the future.

If you would like to find out more about Minnesota Wild betting, make sure to read on down below. We have created the ultimate guide to betting on the relatively new NHL team at top online gambling sites. Some of the topics we cover include Minnesota Wild odds to make playoffs and the Stanley Cup, their performance history and some key stats and facts. We also list the best sports betting sites to use when betting on the NHL. So, what are you waiting for? Sign up today!

Minnesota Wild odds are terrible. We do not see them making the playoffs let alone the Stanley Cup this season. The team failed to make the playoffs during the 2018-19 season, which was the first time they had missed the postseason in more than seven years. Their trend of decline may be set to continue if this season’s performance is anything to go by.

Although we do not think the team has it in them to win the NHL’s most coveted prize, if you would like to place a future on the team, we suggest looking at those for the team to make the playoffs. We’re inclined to say that it is all doom and gloom but the reality is that there is still a chance that they could. We just suggest that US bettors don’t bet too much on the team. 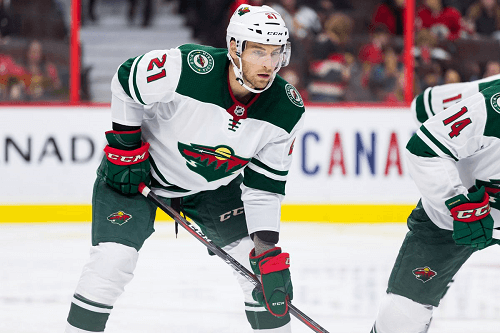 The Minnesota Wild were formed in 1997 and joined the league in 2000. Upon joining the league, the team struggled to find footing with their first win only coming in their sixth game. In their first two seasons, they failed to make it to the playoffs but this changed in the 2002-03 season where they made it all the way to the Western Conference final only to be swept by the Anaheim Ducks.

Following this performance, the team once again struggled to find a space in the league, failing to qualify for the playoffs for two straight seasons. The team’s best ever regular season performance came in the 2007-08 season, which saw them win their division. Unfortunately, they were not able to turn that into a good postseason game as they lost in the Conference quarterfinals to the Colorado Avalanche.

After this poor showing, the team again fell out of good form, going four straight seasons without qualifying for the playoffs. This was followed by a seven-year period in which they did well enough to make the playoffs but also made a habit of getting knocked out in the first round. They failed to make the playoffs last season, and the team seems like it is a bit of an in-between area. They could potentially make the playoffs, but also not. If they do, they probably won’t perform all that well.

Before placing a bet on the Minnesota Wild, you may want have a look at the following facts and stats: