MLS Western Conference betting (also known as MLS Western betting) sees gamblers bet on all the MLS soccer teams found on the western side of the United States. With many of the teams within the Western Conference considered to be the best in the league, there are loads of nail-biting matches available to bet on featuring league favorites, such as Los Angeles Galaxy, San Jose Earthquakes and FC Dallas. Some teams even have some big-name players within their squad to make bouts a whole lot more unpredictable.

If you are interested in learning more about betting on the MLS West, then carry on reading down below. In our all-inclusive guide, we take a look at the teams that make up the conference, how to bet on MLS Western Conference games, betting tips to keep in mind and more. So, read on and get betting on this competitive sporting event online at US gambling sites now without any hassles!

Here at Gambling360.com, we pride ourselves in finding the best sportsbooks for you. Below are some of the best MLS sports betting sites.

If you are at all familiar with soccer betting, deducing the betting lines available to gamblers when wagering on the MLS Western Conference shouldn’t be all that difficult. However, if you are completely new to this form of sports betting as a whole, we’ve got a quick guide down below that can help you out:

The 12 teams that make up the MLS Western Conference are:

Looking to place a bet on a MLS Western Conference game? Then, make sure you consider the tips down below before placing a bet. We can’t guarantee that they’ll help you place winning wagers, but they will at the very least help you make more educated bets at soccer betting sites. 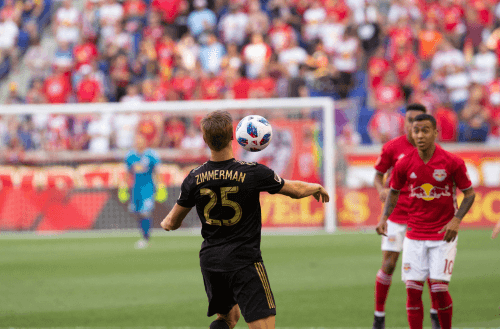 While the odds below are expected to change in the future, they currently provide a good look at how the MLS Western Conference is shaping up. It seems that relative newcomers Los Angeles FC have been tipped to win it this year for the first time in their history. With the team leading the conference, it does seem very possible that they’ll win. Well, at least MLS betting sites think so.

The Major League Soccer Western Conference was created in 1996, when the league held its first season. Since this time, the team has expanded from five teams to a total of 12 teams. While many teams in the conference have gone through name changes, the only side that has disbanded thus far is Southern California-based Chivas USA, which was arguably replaced by Los Angeles FC some years later.

Overall, the Western Conference is seen as much more competitive than the Eastern Conference, with the division producing more winners. It is also home to Los Angeles Galaxy – the most successful team in the entire league with five MLS Cup victories.

The competitive nature of the conference has led to the formation of some intense rivalries that prove really exciting to bet on. Some of the most notable include “El Tráfico” (Los Angeles Galaxy vs Los Angeles FC), Real Salt Lake vs Sporting Kansas City and FC Dallas Vs Houston Dynamo.

Although the last two MLS Cup draws were won by Eastern Conference teams, it seems that the West will soon be returning to prominence in the MLS. Bookies everywhere have pegged Los Angeles FC and Los Angeles Galaxy as favorites to win in 2019. With New York City FC pegged as the favorite for the Eastern Conference, it seems that the country’s two biggest cities will once again be at odds with one another.

Check out our other MLS betting guides: