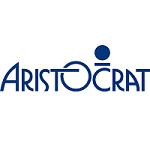 Aristocrat is an Australian slot machine manufacturer that is hugely popular for providing players with unique gaming experiences. With a presence in over 90 countries (including the United States), the gambling game technology giant has grown a significant fan base in the gaming industry. Many gamblers flock to play Aristocrat’s themed games, such as The Walking Dead, Sons of Anarchy or The Big Bang Theory, due to their high quality.

You don’t need to visit Las Vegas to get a taste of Aristocrat slot games though. You can do it all and more at trusted online gambling sites. If you would like to find out more about how you can access this developer’s impressive range of slots from the comfort of your own home, make sure to keep reading.

Below we have a look at who Aristocrat is, their top 10 most played games and whether or not you can access these games for free. We also list the online casinos that we feel provide players with the best slot experiences. So, read on and begin playing today!

Aristocrat Leisure Limited was formed in 1952 in Sydney, Australia. The company began producing slot machines the following year, and have been a staple producer of video slots ever since. The company moved from strength to strength, developing high quality games, such as the ever-popular Queen of the Nile slot game.

Up until the 1990s, the game developer was a private company. In 1996, it was given a listing on the Australian Stock Exchange. The company saw another boom after it entered the online space in the late 1990s and began producing their first free online slots.

The company now produces a number of slots and card games for both the online and brick-and-mortar spaces. Although it is a bit difficult to find their games, the search is worthwhile because they just make hitting the jackpot feel like so much more.

Queen of the Nile II

The original Queen of the Nile game was supposedly the first to have ever made use of the Ancient Egypt theme. With the theme now being a bit of a cliché, it stands to reason that the first game is a favorite among players.

Well, the second installment is just as fun and provides players with just as many interesting opportunities. Perhaps, the most notable is that of the pyramid scatter symbol/free spins, which gives you free opportunities to win.

If you have been to a casino that offers Aristocrat slots, you have probably seen African Big 5 on promotion. Due to the game’s progressive jackpot feature, it is a good candidate to include in bonuses and loyalty deals.

The game is a standard 5×3, 243 ways to win slot with wilds and a scatter providing you with multiple ways in which to win big prizes.

As the name suggests, Big Ben is a slot inspired by the famous clock tower in the United Kingdom. As such, the slot’s visuals make use of traditional elements of British culture, such as the Union Jack, a double decker bus and a good, old tavern.

The game’s biggest draw is the “Big Ben” feature (unique name, we know), which sees a player’s winnings multiplied by up to 500x if the clock chimes 12 times. If you’ve bet max, this could mean some huge winnings.

Goblin’s Gold may seem like a very simple game with its three reels and use of bar symbols but there are actually some great opportunities to win big prizes. The theme really counts for nothing in this game, and could practically be replaced with any other.

However, once you activate that bonus round you get a chance to play for jackpots that will make you very happy. The game also has a relatively good payout rate so that makes it an even better option.

If you’re a history buff, then you’ll know that the “Red Baron” (Manfred von Richthofen) was a famous German fighter pilot who supposedly recorded the most kills in World War 1. This slot commemorates Richthofen’s achievements by making use of Axis/WW1-themed symbols.

While the visuals may seem a little dated, Red Baron remains one of the most popular Aristocrat games. The reason for this is that the game is very favorable to players, providing them with frequent free spins and many opportunities to win.

If you would like to try your hand at free Aristocrat slots games and don’t care about winning cash prizes, you can totally do so at a number of different casinos. We suggest starting by working through the casinos we have listed above.

Can you play Aristocrat slots online?

Where can I play Aristocrat slots online?

Not  that many casinos aimed at US players offer them a chance to play Aristocrat casinos. In fact, you’d be hard-pressed to find one. You may need to visit Vegas or Atlantic City for this one.

How do you reset an Aristocrat slot machine?

If you are playing land based slots, and encounter an error, we recommend that you call an attendant. If you experience an error while playing online, contact customer support.

Aristocrat Leisure Limited is the company that makes Aristocrat slots. It is the second largest slot producer in the world, behind only IGT.

What is the best Aristocrat slot game?

Queen of the Nile is seen as one of the most popular slot games of all-time. So, if you want to play the Aristocrat classics, we suggest starting with that.

Can I play Aristocrat games for free?

If you can find a trustworthy casino site that offers these games, you can play these games for free. Bear in mind, you won’t win any real money by doing so.

More software companies you can try: