Florida casinos are legal gambling destinations and websites available to USA players in the state. In 2019, the state has legalized gaming on horse racing, bingo, the lottery, poker and casinos. However, they are now pushing to stop new casinos from being opened. In 2018, Florida voters decided against any new resorts and banned greyhound racing.

For the most part, Florida allows gambling as long as it is supported by voters. However, many referendums have had to be submitted more than once to pass. Currently, there are still a few reforms in the works, but gambling will probably remain legal. At the moment, horse racing is the only legal form of online gambling.

Since Florida makes roughly $1.7 billion from gambling and casinos, the fact that no other casinos will be built is a big deal. In the state, the Seminole tribe owns seven of these casinos. While other slots venues and card rooms are operated commercially. To find your nearest casino, you just need to Google it. 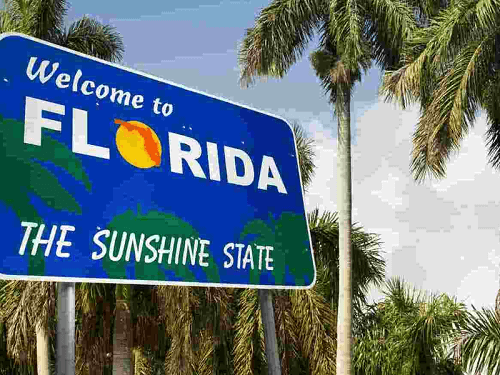 Florida has some of the strictest, yet most liberal gambling laws. Games of chance can’t be played online, so poker rooms and casinos are the only option. One of the reasons that Florida has some strict anti-gambling measures is due to charitable gambling masquerading as commercial gaming. Forms of gambling games available to play include blackjack, baccarat, slots, video poker, and other house-banked card games. Craps and roulette aren’t currently available at Florida casinos, but they are allowed on cruise ships.

Conversely, charity gambling is very limited, with prize pools capped at $100 for bingo. Any charitable gaming, including card rooms with table games, are similarly limited by laws. This is meant to prevent fraud by the organizers and other parties. On another note, horse and dog racing has been legal for a while in the state. However, laws have made it illegal to run races with greyhounds.

Back in the day, Florida legalized horse racing gambling in 1931 with a single vote. As the first form of gambling in the state, it has been a popular option for decades. Nearly four years later, Jai Alai was allowed to be gambled on. More so, slot machines were made legal briefly between 1935 and 1937, only to be banned again. Until 1970, no other attempts to change laws were made. Then, bingo and other charity games were added.

There was no minimum gambling age, but most bingo halls wouldn’t allow minors. As a tribe and sovereign nation, the Seminoles were allowed to offer bingo. However, they didn’t follow the $100 cap and wound up in the Supreme Court. Attorney General Bob Butterworth tried to prevent them, but a verdict found in favor of the Seminoles.

In 1986, Florida also legalized a state lottery. The same ballot saw casinos fail in a landslide vote. Until 1994, poker wasn’t legal to play. Then, Broward County in South Florida wrote it into the law. By 1996, the rest of the state law followed. 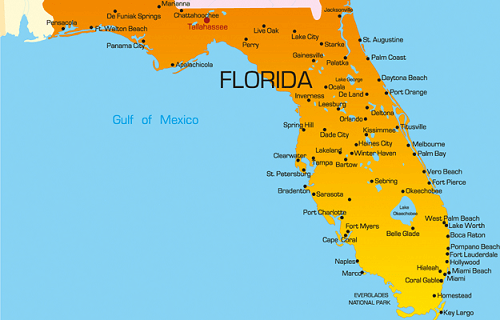 Is gambling legal in Florida?

Yes, but only at brick and mortar casinos and racetracks. You can bet on horse racing online, but nothing else.

What is the minimum gambling age in Florida?

Is online gambling legal in Florida?

Yes, but only for horse racing. Every other form of online gaming is illegal.

No, but operators try to go around current laws since they’re not currently listed.

Is racing legal in Florida?

Is poker legal in Florida?

Yes, but only at card rooms and casinos.

Is there a bet limit in Florida?

No, there are no bet limits.

On 1 July, 2010. Since then, the market has opened up considerably.

Why are slots permitted in Broward and Dade Counties?

The two counties decided to legalize them in separate referendums. Other counties declined to introduce the measures at racetracks.