New Jersey Devils odds have been pretty terrible since the National Hockey League (NHL) team made it to the Stanley Cup in 2012. They have struggled to make the playoffs most seasons since then, and even when they did qualify, they failed to make it past the first round. At this point, the New Jersey Devils really aren’t the team to bet on, and it does not seem like this fact is going to change anytime soon despite recent changes in management.

However, if you would still like to place a wager on the ill-fated New Jersey Devils, fear not! We have created the ultimate guide to betting on the team. In our guide, we cover topics such as the team’s odds to win the Stanley Cup, their overall performance history and even list the best online gambling sites to bet on hockey. So, what are you waiting for? Read on and begin betting on the New Jersey Devils today!

At this point in the NHL season, the New Jersey Devils don’t look anywhere near to making it to postseason. The team was performing so badly that John Hynes was replaced by Alain Nasreddine midseason – a change that hasn’t really seen the team pick up their form.

Although the team is filled with NHL Draft first picks and former All-Star players, the Devils just can’t seem to get it right. The loss of Taylor Hall is sure to the Arizona Coyotes has really not picked up their chances of winning anything this year and it seems like they may be in line for their third first overall draft pick in four years if the form continues.

Overall, we do not recommend placing any future bets on the Devils at US sports betting sites. They do not look to be in form to make it to the playoffs or Stanley Cup. If you really would like to include them on a bet slip, look at capitalizing on single games against other struggling teams. 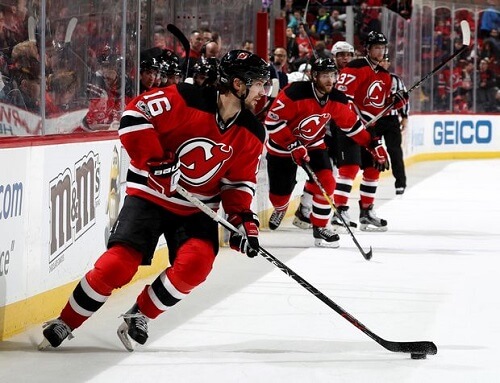 The New Jersey Devils were formed in 1974 as the Kansas City Scouts. After two years of struggling to do anything in the league and drawing lackluster home crowds, the team was moved to Colorado, where they were renamed the Rockies. The team performed slightly better than in Missouri but still not well enough to garner a fan base. This ultimately led to the NHL team’s sale and relocation to New Jersey in 1982.

For a moment, it seemed that the team would not ever see success as they failed to make the playoffs for the first five seasons after moving to New Jersey. However, in the 1987-88, they finally saw a breakthrough, making it to the Eastern Conference finals for the first time in their history. Although the team did not make the playoffs the following season, it was the beginning of a good set of years for the team.

The team would make the playoffs every year from 1990 to 1995, culminating in their first ever Stanley Cup win and the end of the 1994-95 season. Four years later, they would go on to make back-to-back Stanley Cup appearances in 2000 and 2001, winning in the first appearance and losing in the second. This was followed by another Stanley Cup win in 2003.

The team would continue to make the playoffs every season after that until 2011. They would not make the Stanley Cup finals again until 2012, where they lost to the Los Angeles Kings. Following this appearance, the team has been in terrible form, failing to make it to the playoffs in six of the last seven seasons.

Before placing a bet on the New Jersey Devils, make sure to have a look at the following facts and stats: