Florida Panthers odds have never been all that great. The team has literally only made it to the playoffs five times in their short history, which doesn’t really inspire bettors who are looking to bet on the team from the Sunshine State. The only real success the team has seen was a Stanley Cup final appearance in 1996, where they were swept. This all said, the team does seem to be on an upswing at the moment, which could at the very least see them make at least the playoffs this year.

The Florida Panthers aren’t having a bad season. In fact, at the halfway point of the season, they seem on track to make it to at very least the playoffs this season without even needing a wild card. If NHL bettors are keen to be on the team to make the playoffs, we wouldn’t be surprised as they seem good enough to do it this season. Sports betting sites are putting their money against them though.

With regards to the Stanley Cup, we think it’s a bit early to place a wager on the team. There is a load of great teams in the Eastern Conference this year, such as the Boston Bruins, Washington Capitals and the Pittsburgh Penguins. If this is your aim, we recommend at least waiting until the NHL team has made it to the playoffs before doing so. The odds will be a bit lower but at least you’ll have a better chance of keeping your money.

The Florida Panthers were formed in 1993 by Florida billionaire Wayne Huizenga who had wanted to start a new NHL in Miami to go with his new MLB team. Upon joining the league, the team struggled; failing to make it to the playoffs in their first two seasons. In their third season in 1996, they made it all the way to the Stanley Cup finals where they were bested by the Colorado Avalanche.

Following the lockout, the team has seen very limited success. They have made it to the playoffs twice, winning their division on both occasions but were also knocked out in the first round on both occasions. The team seems to be doing well this season. Fans will be hoping that this is the mark of a turn for the team. 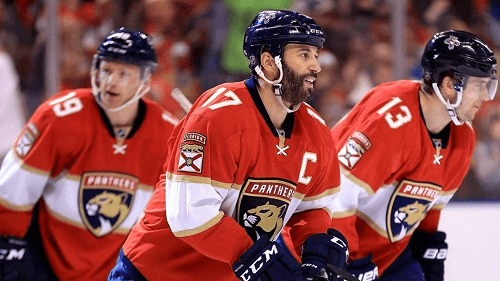 Before placing a bet on the Florida Panthers, make sure to have a look at the following facts and stats: