Despite their recent spate of bad performances, sportsbooks have provided Tampa Bay Lightning with rather favorable odds of winning the Stanley Cup in this NHL season. With the team currently even struggling to get themselves in position to make it to the playoffs as a wild card, this may have left some US bettors scratching their heads. However, when the Bolts recent playoff history is taken in consideration, it really does seem that the team is on the brink of getting their second ever Cup win. This has increased some interest in bettors.

If you are interested in betting on the Tampa Bay Lightning this season, make sure to stick around. Below we have a good look at the team’s odds of winning the Stanley Cup, their overall performance history and some quickfire stats and facts. We also provide US gamblers with a list of the best online gambling sites for hockey odds. So, read on and start betting!

The Tampa Bay Lightning have been extremely disappointing this season. Following their sweep against the Columbus Blue Jackets in last season’s NHL playoff round, the team has seemingly dropped off the radar as potential contenders for the Stanley Cup finals. Although they took the Presidents’ Trophy last season, it seems as if they are fighting to even get a wild card spot this season. Sports betting sites have still banked on them to do well this season.

With this in mind, it seems that the Tampa Bay Lightning’s chances of making the playoffs this season are very slim. Unless they start picking up, they very well may not qualify. Thus, we would not recommend betting on the Lightning to take the NHL Stanley Cup this season as we feel that this may just be money lost.

The Tampa Bay Lightning were formed in 1992. Upon joining the team really struggled, making the playoffs only once in the first nine seasons and getting knocked out in the first round at that. It was only in 2002 that the team’s form really began to pick up. They won their first ever division championship that year as well as their first playoff series.

The following season they would win their division, conference and Stanley Cup in what proved to be their best ever season. It was the first and only time that the team has ever lifted the trophy. Following the 2004-05 lockout, the team struggled a bit, failing to make it past the first round of the playoffs or even make postseason at all for about five years. This ended when they made it all the way to the Conference Finals in 2011.

The team really began to hit their stride in 2014. Although the season saw the team knocked out in the first round of the playoffs, it marked the beginning of a playoff run that would see the Tampa Bay Lightning make the Eastern Conference Finals three times in five years and the Stanley Cup finals once.

Arguably, the team hit their finest form during the 2018-19 season, which saw them take home the Presidents’ Trophy for the first time. Unfortunately, this performance did not translate into postseason success and they were swept in the first round of the playoffs. It seems that this good run for the Lightning may be coming to an end though as the team has really been struggling to rack up wins in recent times. 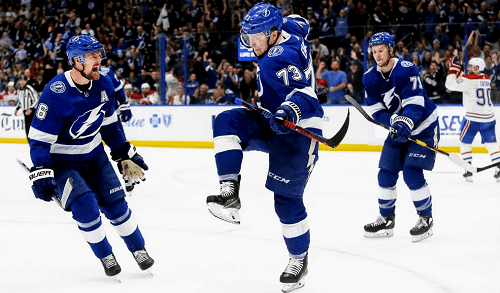 Before placing a bet on the Tampa Bay Lightning, you may want to have a good look at some of the stats and facts below: