Los Angeles Kings odds of winning any major trophy have really been something to laugh at since their last Stanley Cup win in 2014. The team has been struggling to make the playoffs in recent seasons, and even came dead last in the Western Conference during the 2018-19 season. With a lot needed for the team to turn around their season, it does not seem as if the Kings will be making the playoffs this year; let alone making an appearance in the Stanley Cup.

If you would like to find out more about betting on the Los Angeles Kings, make sure to stick around. Below we have created the ultimate guide to betting on the Kings with special focus on their odds to win the Stanley Cup, their performance history and some interesting stats. We also provide bettors with a list of the best online gambling sites to place hockey bets. So, read on, and begin placing hockey bets on the Kings that make you loads of cash!

The Los Angeles Kings are not in the best form in the NHL this season. The team practically finished second to last on the overall standings in the previous season, which led to the dismissal of coach Willie Desjardins. Although the team seems to be doing a little bit better than last year, they are still not at a level that inspires confidence in bettors.

With the team currently in very questionable form, we wouldn’t recommend betting on them at to make the playoffs or Stanley Cup. Those who would like to take the risk of doing so should remember to bet wisely and not spend too much on such a future as it does not seem at all likely to pay out this year.

The Los Angeles Kings were formed in 1967. Although they did experience a little bit of success in the form of playoff qualification in their first two seasons, they would fail to do so for five years after that. Fortunes really seemed to change in the 1973-74 season, which saw the team make it to the playoffs for the first time after the drought. This would be the first of eight consecutive appearances in postseason.

Although the team pretty much had no problem qualifying for the playoffs throughout much of 1970s, 80s and early 90s, it would not really translate into anything until the 1992-93 season. That season saw the Kings make it to the Stanley Cup finals for the first time as well as pick up their first Western Conference Championship. They would fail to win the Stanley Cup and so would begin a long period in which they would often struggle to make it to the playoffs.

This all began to change in the 2009-10 season, where the Kings made it to the playoffs for the first time in seven years. Although that season and the next would prove to feature unsuccessful runs, the team would make it to the Conference finals three years in a row and pick up two Stanley Cup victories. Following these two big wins, the team would enter a period of decline that has seemingly not ended. 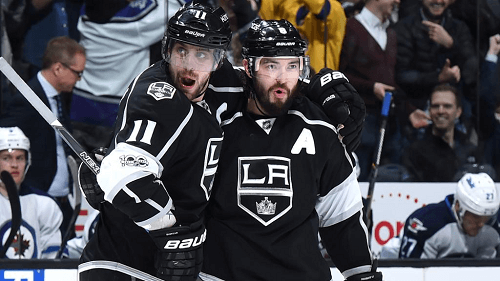 Before placing a bet on the Los Angeles Kings, you may want to have a good look at some of these facts and stats: