Is Craps a Skill or Luck?

Currently, Craps is one of the most famous dice games in the world. The game is played at both local and online casinos. Some believe it is a game of pure luck, while others believe it’s more about one’s skill. So, is craps a skill or luck?

That’s what we will be discussing in this guide. The game is also well-known for its low house edge. Even beginner players can still win big if they’re lucky enough. So, read on below and find out if craps require skill to win, or it’s all about Lady Luck being on your side. 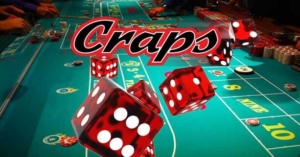 Is Craps a Skill or Luck? – Details

As we mentioned above, some consider craps to be a game of pure skill, others nothing but luck. In the traditional game of craps, you will be given two dice to shoot (or roll), and the results of your roll will be used to determine whether your bet wins or losses.

One can argue that this is where the skill in the game comes in. Because you can influence game results by rolling a certain number. In such cases, winning bets becomes easy.

Every player who throws the dice will have a certain goal they want to attain. For instance, ‘right way’ shooters or rollers want the results to be the numbers they bet on. ‘Dark side or wrong way’ rollers bet on the results to reveal a seven after a certain point has been reached for them to win their bets.

So, in this case, gamblers that have a ‘skill’ of getting the numbers they desire will have a good advantage. Hence, one could argue that the game is more about skill than luck.

However, this is still something that the jury is debating. Can players legally influence the outcome of a roll?.

Our team of experts believe there hasn’t been any evidence demonstrating that you can influence how the die  lands to an extent where it changes the odds.

In a nutshell, craps is one of the simplest casino games available at online and land-based casinos. It’s not clear whether the game is a game of skill or pure luck. But be wary of putting so much faith in such theories.

Don’t  lose tons of cash on a theory that still hasn’t been proven. However, please visit any of the craps casinos featured on our site and experience the game first hand!

Can Online Bingo Be Fixed?

Is Baccarat a Game of Skill?

Online Gambling » Is Craps a Skill or Luck?